News > Commercial > “No access in emergency” lease clause: putting it in context

Much attention has focused on a commercial property lease clause which could mean commercial tenants don’t have to pay all their rent during lockdown, so the Auckland District Law Society is providing more information about it... 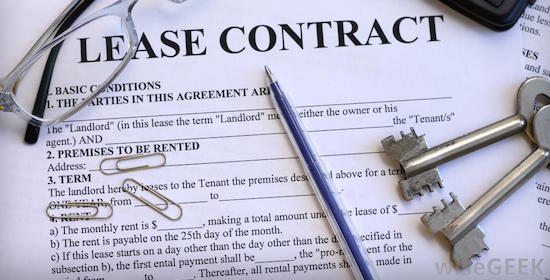 The  COVID-19 Level 4 lockdown, along with the order by the Director-General of Health of 25 March 2020, makes it illegal for premises to open, with the exception of essential businesses.

There has been much publicity and commentary relating to the Auckland District Law Society’s (ADLS) Deed of Lease and particularly on the “no access in emergency” clause (clause 27.5).

The Lease is the most widely used form in the country for a wide range of tenancies. It is not appropriate for the ADLS to comment on how the clause should be applied.

However, the ADLS wishes to provide background and context for the clause, to assist the profession in advising their clients.

Numerous submissions were called for and received from the profession and other stakeholders in the property industry for the revision.

Following the experiences of the Canterbury earthquakes, there was an overwhelming number of requests for the Lease to cater for the “red zone” situation where tenants were unable to physically gain access to their undamaged buildings, because they were cordoned off for safety reasons.

The concern then was that tenants should not have to continue to pay the full rent for premises they could not access. Clause 27.5 was a specific response to that concern.

It was also decided that it was appropriate to expand the situations in which the clause should apply to other civil emergencies, hence the broader definition of “emergency” in the Lease.

The present COVID-19 pandemic is an emergency that was contemplated, although probably not to the extent we now have on a nationwide basis.

Clause 27.5 was a response to the Canterbury earthquakes, a smaller geographical and localised area - what we now have is effectively a nationwide “red zone”.

The key limbs of clause 27.5 – emergency; inability to gain access to the premises; and inability to operate fully from them - and how they apply, vary from tenancy to tenancy.

They are well known and are being closely considered now. Not unexpectedly, there are differing views as to how these should be interpreted.

The question of the fair proportion of rent and outgoings that is to be suspended is complex in the present COVID- 19 lockdown environment.

The concept was adopted from the partial damage and destruction provisions of clause 27.3.  How that is determined is unique for each tenancy and the parties to it.

At the time of the Lease revision, it was decided that the fair proportion would not be defined in the Lease, by, for example, prescribing percentages.

It was recognised that each situation would be different, and it was not workable for a precedent to have a universal solution.

The intention was to maintain fairness for the parties, which is consistent with the ADLS’ balanced approach to all its standard documents, including the standard Lease with its wide appeal to different tenancies.

This approach, of not attempting to define what “a fair proportion” means, is consistent with other standard industry and portfolio building owners’ leases.

Those leases usually have rent abatement provisions for partial destruction and some also have similar no access in emergency provisions.

The Property Law Act also has, for leases with implied terms, a rent abatement by a fair and just proportion in relation to damage or destruction,  and this is also not defined in the Act.

The clause has been in the lease for seven and a half years but has not yet been interpreted by the Courts.

For now, we are all in very difficult unprecedented times and there is uncertainty as to when the lockdown period ends, but parties are faced with decisions on rent payments.

They are encouraged to collaborate, negotiate and seek to agree on a fair outcome either on an interim “wait and see” basis or on a more permanent basis, with longer-term relationships in mind.

If the parties ultimately cannot agree on the application of the clause or what a fair proportion should be for their specific circumstances, the dispute resolution by mediation or arbitration in clause 43 of the Lease is available.

The same applies to other provisions of the Lease where terms are also not defined. These include the fair abatement of rent under the partial damage provision of clause 27.3 (already mentioned), the current market rent review provisions of clause 2, and an abatement of a fair proportion of rent for landlord’s access for works under clause 15.3.

While there is disagreement as to what constitutes a fair proportion of rent, the Property Law Act notice process for non-payment of rent and outgoings under the default provisions of clause 28 of the Lease is not available.

There are other alternatives to mediation or arbitration, such as the low-cost option of seeking a determination of the ADLS Disputes Committee, which can be convened on short notice.

The ADLS is in midst of a revision of the Lease which started last year. Learnings from COVID- 19 will be taken into consideration.

However, given the wide range of different circumstances facing each landlord and tenant relationship it is unlikely that a prescriptive approach will be taken, to ensure that fairness prevails.