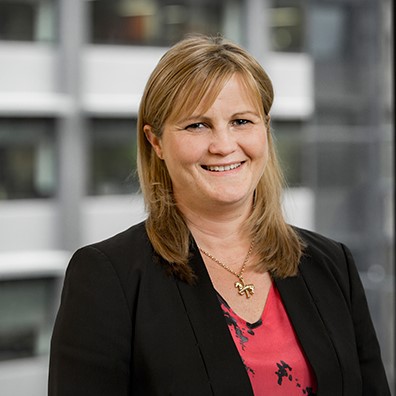 Lodge Real Estate and Monarch Real Estate have been engaged in the legal fight since 2015, but that fight has now come to an end, with the Supreme Court dismissing their final appeal.

In a decision released today, the Supreme Court ordered that the two agencies and their principals, Jeremy O’Rourke (Lodge) and Brian King (Monarch), pay $35,000 in costs to the Commission.

The saga began back in 2013 when Trade Me changed its online property listing fees.

The Commission alleged that the result of this meeting was an agreement which amounted to price-fixing and in late 2015 it took the agencies to court over it.

Most of the agencies admitted their liability and agreed to pay the Commission penalties amounting to millions of dollars.

But Lodge Real Estate and Monarch denied their liability and decided to pursue the matter through the Courts.

In the High Court, proceedings went in their favour.

While Justice Pheroze Jagose found they had entered into an arrangement and had given effect to that arrangement, he also found the arrangement between them did not have the effect of fixing, controlling or maintaining prices of the relevant services.

This prompted the Commission to appeal the decision to the Court of Appeal, which overturned the High Court decision.

It found that the arrangement did have the purpose of fixing, controlling or maintaining the price of the relevant services.

Now, the Supreme Court has unanimously upheld that Court of Appeal decision.

The Supreme Court found that a consensus reached by the Hamilton agencies involved a commitment from each of them to adopt a vendor funded model for Trade Me listings and to remove existing listings.

This created an expectation – or arrangement - as to the common course of conduct that the Hamilton agencies would follow.

On the issue of whether the agencies had given effect to the arrangement, the Supreme Court said the agencies did not challenge the earlier Courts’ finding that they had.

“Rather, their case was that there was no arrangement to which effect could be given. We have already rejected that contention.”

When it came to whether the arrangement had the purpose of price-fixing, the Supreme Court agreed with the Court of Appeal’s findings.

“We agree… that the arrangement to adopt a vendor funding model for the Trade Me listing fee did, contrary to the view of the High Court Judge, interfere with the competitive setting of price for the services offered by the Hamilton agencies.”

The Supreme Court went on to say that it accepted that part of the rationale for the agency’s 2013 meeting was to discuss how to promote realestate.co.nz, but noted that was not the only purpose.

“It went hand in hand with the purpose to establish a concerted approach to Trade Me listings that protected the Hamilton agencies from the risk that one would steal a march on the others by offering to absorb the Trade Me listing fee as a default setting, forcing the others to respond or risk the loss of listings.

“We consider the latter was a substantial purpose of the arrangement controlling the price Hamilton agencies charged for their services by restricting the field of competition between them on that element of the price.”

For these reasons, the Supreme Court upheld the decision of the Court of Appeal and dismissed the appeal.

Commerce Commission chair Anna Rawlings says the Supreme Court’s decision is an important one which confirms the long-standing approach the Commission has taken to determining whether competitor collusion has occurred.

“Cartels can harm consumers and businesses, by raising prices, restricting supply and changing the competitive dynamic between businesses. To protect the competitive process we will continue to investigate and prosecute anti-competitive cartel conduct.

“This case will inform our future work and we urge businesses and their advisors to understand the Court’s findings, and the scope of the prohibition against pricing collusion between competitors.”

A penalty hearing is yet to be scheduled.

Court of Appeal for price-fixing charges

Court of Appeal rules against price-fixers

But what does the Commerce Commission do about the supermarket duopoly, the petrol price fixers, the bank fees, etc, etc?