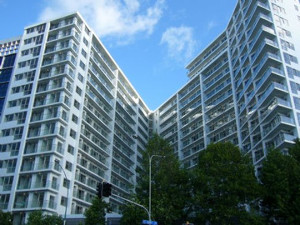 The campaign to reform apartment law is heating up once again with National MPs urging property owners to sign a petition calling for changes to the law.

There has long been confusion and misgivings around body corporates – which are responsible for the management of multiple title dwellings like apartments – and the way they work.

But, given the huge growth in the development of multi-unit buildings and apartment living, the associated problems have generated increasing concern in recent years.

However, then Housing Minister Phil Twyford said more work needed to be done on the issue, so he declined to progress the proposal at that time.

He also said that apartment law reform was planned "in due course" when priorities and resources allowed.

When the situation had not changed by October 2019, the Fix the Law for Apartments and Units (FLAU) group* launched a petition calling on the Government to urgently reform the Unit Titles Act 2010.

Now the time for the petition to be closed and presented to Parliament is fast approaching so Kaye and Collins are urging apartment stakeholders to sign it.

Kaye says the petition reflects good support for the Unit Titles (Strengthening Body Corporate Governance and Other Matters) Amendment Bill that she and Collins launched in 2018.

Their bill aims to improve the information disclosure regime to prospective buyers of units and strengthen the governance arrangements in relation to the body corporate.

It also aims to increase the professionalism and standards of body corporate managers and ensure planning and funding of long-term maintenance projects is adequate and proportionate to the size of the complex concerned.

Kaye says this reform is particularly important for areas like Auckland Central where the numbers of multi-unit housing developments, and therefore unit titles, has increased dramatically over the past few years.

“It is my intention to hold a meeting of Body Corporate chairs and body corporate managers in Auckland central to discuss further steps to push for change.

“We have worked closely with a working group of leaders within the property sector on this bill. It’s widely accepted within the sector that the Act needs reform, and our bill addresses gaps that will make a huge difference.”

Because the Government hasn’t picked up the Bill, Kaye says public support is crucial to put pressure to ensure there are changes.

Collins seconds this, pointing out the apartment sector is worth more than $50 billion and is continuing to grow. That means it’s important we have robust laws in place for those who own, or want to buy, apartments, she says.

“It’s encouraging that more than 500 people have already added their signatures, and I ask that anyone with an interest in better rules for apartments and body corporates does so before January 30.”

The petition is here.