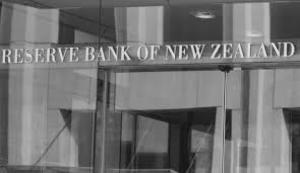 The Reserve Bank's requirement that banks need to raise an additional $20 billion in capital over the next seven years may well be governor Adrian Orr's legacy when he gets into his waka and paddles off to his next gig.

Considering how much people like bashing banks, being remembered for hitting them with a $20 billion bill is something he will be remembered for.

It appears the bank has kept a pretty good balancing, pretty much holding its original line but offering a few concessions to appease the critics. It's really a case study in the art of good negotiation.

Much has been made of the central bank's estimate that the changes would add 20 basis points to home loan rates.

ANZ has suggested mortgage rates could rise by 30 to 60 basis points in response the RBNZ's announcement.

The reality is that if home loans rates did increase 20 basis points that is not a big hit considering rates are a historically low levels, sub 4%, and there is no sign that they will increase significantly any time soon.

There has also been concern that banks would shift away from higher risk lending, particularly in the rural sector, and focus more on housing loans.

Orr doesn't buy this argument and made it clear yesterday banking is a competitive environment and he didn't necessarily expect all of the 20 basis point forecast to be passed onto borrowers.

He also made it clear some banks had been making poor decisions around sectors they lent money too and they were now trying to rebalance their portfolios.

Orr also expressed concern that the four big banks hold an excessively large market share in New Zealand. He indicated that he hoped these changes may go some way to lessening their market share.

In its decision the RBNZ set low capital requirements for the small banks to help even the playing field a little and Orr sounded quite supportive of the non-bank sector.

Banks may well grizzle about what has been proposed, but the RBNZ has made it much easier. It has extended the time frame for five to seven years. Orr said banks could use retained earnings over this time to absorb the cost. ANZ, as TMMOnline reported earlier, has already started doing this.

The central bank has also allowed banks to use perpetual redeemable preference shares as a source of capital.