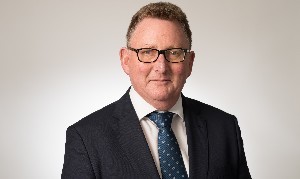 The Reserve Bank has kept its LVR speed limits on hold amid fears low interest rates "could lead to a resurgence in higher-risk lending".

It has made the call as part of its latest Financial Stability Report (FSR), which was released this morning.

“The LVR rules have improved the resilience of banks to a deterioration in economic conditions.”

Yet fears of excessive high LVR lending have made the Reserve Bank decide against loosening rules from current levels.

That means low rates are necessary and have helped to cushion the New Zealand economy and borrowers from the effects of weaker global growth.

But, over the longer term, prolonged low interest rates could lead to some borrowers taking on too much debt and for asset prices to become overheated, Orr says.

“This could increase the vulnerability of the economy and borrowers to future economic downturns."

The upshot of this is that current LVR rules will remain in place for the medium term.

CoreLogic senior property Economist Kelvin Davidson says that, given emerging signs of a pick-up in the housing market, making no change to the LVR rules certainly seems the most sensible decision.

While there will no doubt be some disgruntled, would-be home-owners/investors out there, it’s not as if housing currently needs a policy-driven boost, he says.

For Westpac chief economist Dominick Stephens, the Reserve Bank’s decision to keep the LVRs on hold was as they expected due to the recent strengthening of the housing market.

They believe the Reserve Bank intends to ease the LVRs over time, as it moves away from a reliance on ‘macroprudential’ polices in favour of ‘microprudential’ measures, like bank capital requirements, he says.

“However, based on our forecast of 7% house price growth over both 2020 and 2021, we think the next move on LVRs could be some time way.”

There was an influx of new listings on to the housing market in July but it is making little impact on the shortage of housing stock around New Zealand.