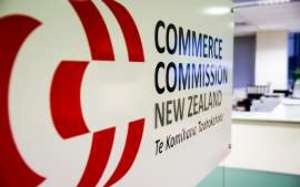 A property trader, who has attracted unfavourable media attention in recent years, has received a formal warning from the Commerce Commission.

Peter Meng Huat Lee and PWG Limited, which trades as Property Wise and Auckland House Buyers, have been warned for conduct that is likely to have breached the Fair Trading Act.

The Commission was prompted to investigate Lee after it received a complaint concerning the conduct of PWG in attempting to purchase property from a vulnerable vendor in 2016.

Its investigation focused on whether claims made by PWG to convince customers to make use of its services were accurate and could be substantiated.

The claims were made by Lee and PWG personally to vendors when purchasing properties privately and more generally on the PWG websites.

• the price PWG offered for property was “fair market value”

• endorsements on the business’s websites were from genuine and satisfied customers.

However, the Commission’s investigation found that PWG’s business was premised on purchasing property for less than fair market value, that the business did not exist prior to September 2016, and that the endorsements related to the previous owner of each brand name.

The Commission considered that Lee and PWG had likely contravened sections 12A and 141(a) of the Fair Trading Act by making false representations.

Commission Chair Anna Rawlings says that Lee and PWG did not have reasonable grounds to make any of the claims at the time they were being made, that they were misleading and were likely to breach the law.

“These claims may have induced members of the public to use PWG’s services and the Commission considers that neither Peter Lee nor the business could credibly back those claims up.”

She says that consumers may not have been in a position to verify the accuracy of claims that were made themselves.

“Businesses must ensure that any claims and representations that they make about their services are accurate, can be supported with reasonable evidence and are not likely to mislead consumers.

“Given that the sale and purchase of a house is a major transaction for anyone to enter into we also recommend that consumers take the time to do proper due diligence when selling or purchasing a house and seek independent advice to help them to do that if they feel uncertain about any aspect.”

The Commission understands that Lee has taken down both the Property Wise and Auckland House Buyers websites, she adds.

While the Commission is not taking further legal action against Lee and PWG, it will take its warning into account if the conduct continues, or if a Lee or a company controlled by Lee engages in similar conduct in future.