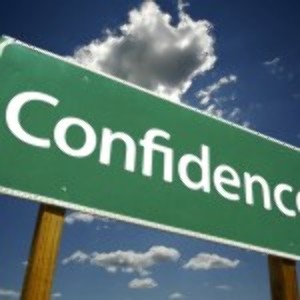 Confidence in investments across the board has fallen to a three and a half year low – and a decline in sentiment about housing has played a big part in this.

According to the latest ASB Investor Confidence Survey, investor confidence has fallen from a nett 15% to a nett 8% over the last three months.

The fall was driven by an increase (from 13% to 19%) in people feeling that the returns on their investments will get worse over the coming year.

“It’s more a case of expectations about the returns on a number of investments slipping over this period.”

So while there’s been a decline in confidence in housing - particularly in Auckland - low term deposit rates are impacting on the mood and confidence in managed funds and KiwiSaver has also slipped.

But the perceptions of property as an investment revealed in the survey are difficult to ignore.

For Aucklanders, views of investors’ own homes and rental properties as providing the best return on investment dropped from 15% to 14%, and 21% to 19% respectively – although there have been larger falls in earlier quarters.

In contrast, confidence regarding rental properties outside of Auckland picked up, lifting from 12% to 15% over the last quarter.

Tennent-Brown says that outside of Auckland, the combination of lower interest rates, rising rents and house price gains have been buoying confidence.

“We’ve seen reasonable house price appreciation in a number of areas outside of Auckland over the past year, and I think that’s what is helping sentiment.”

But, overall, the housing concerns evident in the survey have been ongoing for a while now, he says.

“It’s interesting that confidence continued to wane in Auckland, at a time when we think the clouds are starting to clear a bit.

“We now have very low interest rates, the Capital Gains Tax concerns have gone, and the busy period for home sales is upon us.”

For Tennent-Brown, this suggests there is potential for improvement in investor confidence in property over the coming quarters.

“I think the signals people will get from the market itself over the months before Christmas could swing perceptions.”

The survey also revealed that perception of returns in the coming year were significantly different between those under, and those over, 50-years-old.

On average, 33% of those under 50 felt returns on their investments would be better in the coming year with just 10% feeling returns would be worse.

In contrast, just 16% of over 50-years-olds felt return on their investments would be better in the coming year, whereas 30% felt returns would be worse.

Tennent-Brown says term deposits have been the main investment for many New Zealanders for years, with the returns particularly important for savers wanting an income stream in retirement.

“Kiwis were able to get much higher returns on term deposits 10 years ago, but rates have been falling over the past decade. Now the rates people get are below 3%, which we haven’t seen since the 1960s.

“So it’s not surprising this is frustrating savers and denting confidence in the older age brackets of the survey.”