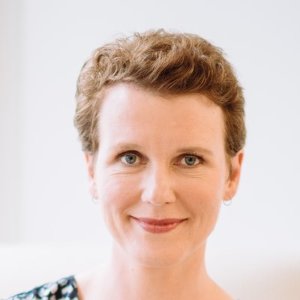 LVR restrictions were never meant to be a permanent feature of New Zealand’s housing market and ANZ economists argue that some further relaxing of them could soon be on the cards.

LVRs were first introduced by the Reserve Bank back in 2013, following a period of rapid house price growth (particularly in Auckland) and a lift in low-deposit loans.

Since then they have been tweaked a number of times but, as the Reserve Bank’s next Financial Stability Report (FSR) edges closers, there’s growing speculation that another tweak could be on the cards.

In ANZ’s latest Property Focus report, the bank’s economists suggest that the time is right for another small loosening of the LVRs.

ANZ chief economist Sharon Zollner says the Reserve Bank has previously made it clear that for it to ease the LVRs further there must be evidence that house price and credit growth is set to remain at “sustainable levels” and a low risk of housing market resurgence if the LVRs are eased.

There must also be evidence that banks are maintaining prudent lending standards and confidence that a further easing in LVR restrictions won’t undermine the resilience of the financial system.

Zollner says recent housing market outturns have been modest, particularly on the sales side, but with listings so constrained it wouldn’t take much extra demand to cause a meaningful tightening and there is also a great deal of regional divergence in housing markets.

“While growth in credit and house prices has been contained recently, that doesn’t mean this will continue. And that’s what really matters when it comes to evaluating whether or not there’s a low risk of resurgence in the housing market once LVR restrictions are eased.

“After all, loosening the LVR restrictions might not cause a resurgence in the housing market, but it could well exacerbate a surge unhelpfully.”

So the question becomes is a housing resurgence around the corner – and one certainly can’t be ruled out, Zollner says.

But there are differing views out there on the housing market outlook and, especially, about whether the recent fall in mortgage rates will translate into higher house price inflation.

Zollner says that both ANZ and the Reserve Bank’s forecasts are some of the more temperate views and a wide range of outcomes is plausible given the drop in mortgage rates, possible developments in credit availability, the softening economy, and policy changes.

In her view, it is the lengthy list of recent actual and potential policy changes that are probably most important for the housing market outlook.

They include the banning of foreign buyers, extension of the bright-line test, increased tenant rights and healthy homes standards (which impact on investor demand), and the ring-fencing of tax losses.

“On balance, we believe policy changes have contributed significantly to the recent slowing in house price inflation – and that is likely to persist,” she says.

“Given everything that’s affecting the housing market at present, it is far from a given that lower mortgage rates combined with a slight easing in LVR restrictions will trigger resurgence in the housing market, but it can’t be ruled out either.”

The number of moving parts means there is a more uncertainty for the housing market than usual and, in turn, that means it would be simplistic to look at what happened following past LVR loosening to gauge how much a small easing in the LVRs could bump up house prices.

Zollner says that, in the end, a case could be made either way - loosen the LVRs a little at the November FSR, or wait and see where things sit after the dust settles following recent mortgage rate moves.

“But if we had to make a call either way, we think a small loosening is more likely.

“If the Reserve Bank does decide to loosen, we don’t expect this to have a significant impact on house price inflation. But it could result in higher household leverage, so ‘easy does it’ is the likely approach from here.”