Signs of life in market

They might be tentative but there are signs the property market is strengthening with new QV data showing that most main urban areas have seen a lift in values. 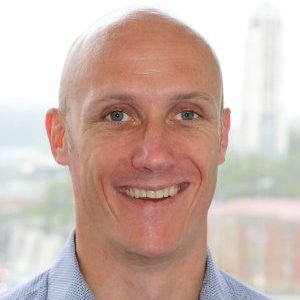 At first glance, the latest instalment of QV’s House Price Index doesn’t reveal much in the way of change.

The average national value increased by just 0.6% over the past three months, leaving it at $691,460 in September.

But the rate of annual growth is picking up pace. The average national value was up by 2.4% in the year to the end of September.

However, the data also has the main city markets continuing to struggle with most of them showing quarterly value changes of less than 1%.

Dunedin is the only exception with 2.9% quarterly value growth, which left its average value at $473,702. It also saw strong annual growth of 12.8% in the year to September.

The average value in the Auckland Region remained unchanged over the quarter and is down 2.3% year-on-year. This has left the region’s average value sitting at $1,027,392.

QV general manager David Nagel says the first month of spring hasn’t brought about the lift in activity or property prices that many people were speculating about and hoping for.

“Many parts of the country are still desperately short of property listings and this has contributed to the September results which show very limited growth in the major centres, with only some of the affordable regional centres still experiencing value growth.

“Despite this, we are still seeing pockets within these locations that are thriving with reports of multiple offers on good quality affordable housing stock, indicating the buyers are still out there if it’s the right property.”

The QV data suggests that, to date, the market hasn’t responded to the record low mortgage rates on offer, following the Reserve Bank’s slashing of the OCR to 1.0% in early August, in the way some commentators expected.

However, for CoreLogic head of research Nick Goodall, the data shows signs of market strengthening in September, with most main urban areas experiencing a lift in values.

That’s because 15 of the 18 areas categorised as “main urban areas” or “provincial centres” saw a lift over the month, with the southern cities of Dunedin and Invercargill the best performers.

“Values in Auckland have also shown signs of new life with the quarterly percentage change moving out of the negatives for the first time in 2019, although values do remain down on the same time last year.”

But CoreLogic’s mapping highlights pronounced geographic trends across the Auckland region, he says.

“For example, the weakness was greater in the North Shore and some of the more expensive suburbs closer to the CBD, while, at the other end of the scale, there are parts of the city, particularly down south, where values have actually increased over the last year.”

Goodall says that around much of the country listings remain low, which is contributing to price pressures.

“Even in Auckland, where listings have increased over the longer term, they’re lower than at the same time last year and this has meant price pressure where demand is relatively high.

“This is generally in the least expensive areas which appeal to a number of buyers (first home buyers and investors alike).”

Low mortgage rates and a reduction in bank serviceability rates mean they expect sales volumes to lift over the rest of the year - although areas with higher property values may not be able to keep up the same growth, he adds.

“We then wait on the Reserve Bank’s next Monetary Policy Statement for a potential change to the LVRs. We wouldn’t be surprised to see a loosening of the investor limit, as long as the property market (and lending figures) don’t show too much life over the next month.”