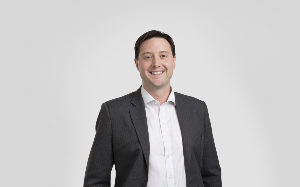 The Reserve Bank’s dramatic OCR cut in August was meant to prompt a pick-up in the housing market but new REINZ data shows sales have slumped again.

Nationwide, the number of sales fell by 6.1% year-on-year to 5,959 in August, according to the latest data from REINZ.

This was the lowest level in seven months and the lowest for an August month since 2014.

In Auckland, the number of sales in August was down by -4.1% year-on-year to 1,761, which was the lowest level in four months.

REINZ chief executive Bindi Norwell says the fall in sales volumes was surprising given the strength of July’s figures.

She put the decline down to an extremely wet August across most parts of the country and a shortage of listings, with3,624 fewer new listings in August than at the same time last year.

The past three months have seen the lowest number of new listings of any consecutive three months since records began in 2007, she says.

“We’re hearing that people are waiting to purchase before they put their own property on the market, which is slowing the whole market down.

“Hopefully, as confidence starts to improve over the coming months, we’ll start to see this flow through to new listings which leads to more choice for buyers.”

Across regional markets, 12 out of 16 regions saw a year-on-year increase in median prices and eight of those regions saw double-digit growth.

Norwell says this can partly be attributed to a fall in the number of million-dollar plus properties (from 34.8% to 31.7%).

For Kiwibank senior economist Jeremy Crouchman, the REINZ data shows the housing market is sluggish and not quite out of the woods yet with sales lower in most regions.

“However, it’s likely that momentum in house price growth in the regions will dissipate. This is already happening in some parts of the country.

“Housing affordability constraints are likely to be coming into play. And for investors wanting a slice of the regions rental yields may not look as attractive.”

Despite this, Kiwibank’s outlook for the market heading into 2020 remains unchanged but cautiously optimistic.

Crouchman says they expect prices to rise a little this year and aggregated price gains to pick up towards 5-6% into 2021 - driven by modest rises in Auckland after three years of flat or falling prices.

“Regions that have experienced significant house price appreciation in recent years are likely to see future gains ease as the current rally in prices runs out of steam. So it’s a mixed picture, as it was this time last year.”

But New Zealand still faces a severe shortage of affordable homes, which is slowly being addressed, and policy uncertainty has faded, with the scrapping of a possible CGT.

“Also, mortgage rates are falling following the OCR cut and, in our view, the Reserve Bank hasn’t finished there and is likely to further ease LVR settings in the coming months.”