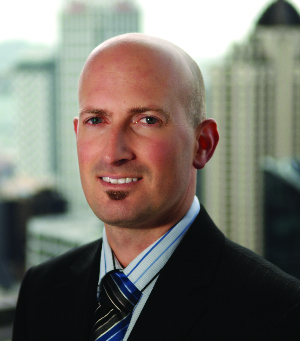 The housing market could be turning a corner as a new ASB survey shows that price expectations and buyer confidence are both on the rise.

Optimism about house prices has improved among New Zealanders across all regions, although Aucklanders were noticeably less positive, according to ASB’s latest Housing Confidence Survey.

A net 20% of respondents nationwide now believe house prices will increase but in Auckland the sentiment remains damp with a net 3% expecting prices to fall.

At the same time the survey, which covers the three months to July 2019, reveals that a net 9% of respondents think now is a good time to buy a house. That’s the highest level since January 2013.

Overall, these results - which can be seen here - are a marked improvement on last quarter when a net 11% of respondents thought house prices would increase and just 4% thought it was a good time to buy a house.

ASB chief economist Nick Tuffley puts the change down to mild improvements in affordability, along with the Reserve Bank’s cuts to the OCR.

"Wage growth has picked up alongside flat/falling house prices in Auckland and Canterbury, and it appears the general public got the hint on interest rates.”

The survey results are not that surprising because of the strong link between rates of house price inflation and perceptions of whether it’s a good time to buy, he says.

“According to the latest REINZ data, national house prices have basically flat-lined since the start of the year, and the Auckland and Canterbury housing markets have been underperforming the national average.

Given the government’s backdown on a capital gains tax and current record low interest rates, Tuffley expected confidence to be a bit higher.

“This likely reflects caution about the state of the economic cycle and business confidence, as well as the hand-braking effects of recent housing policies like the foreign buyer restrictions, changes around ring-fencing of tax losses, and the extension of the bright line test.”

However, the lift in house price expectations is consistent with some other housing indicators ASB monitors and suggests the housing market may be slowly turning a corner.

Tuffley says the results are not at a level indicative of bargain-hunters descending on the market en masse so they will be watching to see if buyers act on their intentions.

“But the improvement in sentiment is another straw in the wind suggesting the recent standoff between sellers and buyers may be drawing to a close.”

It’s well recorded that the performance of New Zealand’s housing market has been patchy and inconsistent this year.

But, going forward, Tuffley expects nation-wide house price inflation to pick up from the current 1% year-on-year pace to around 6% by June next year.

“There are plenty of cross-currents at play but, in our view, the cancellation of the CGT and recent sharp falls in mortgage interest rates will combine to jump-start the Auckland housing market and add a little more heat to simmering regional markets.”

It’s worth noting that the survey also reveals that interest rates expectations fell sharply in the three months to July.

A net 10% of respondents now expect interest rates to decrease, which is a sharp fall from the net 10% expecting an increase last quarter.

Tuffley says this shows that the Reserve Bank’s “lower for longer” messaging has clearly got through to the general public.