Failure of government to reverse policies will result in a calamitous fall in houses to rent and escalating rents in a crisis unseen since the 1930’s, writes veteran property investor Jonathan Bidmead. 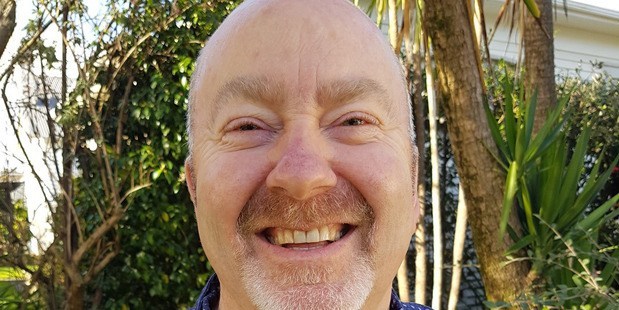 Government policies like ring fencing are just another example of punishing the perceived rich landlords. The government have contributed to the current rental housing shortage and brought the sector to a screeching stop.

This article is, firstly, a response to the “A stocktake of New Zealand’s Housing” report commissioned by Phil Twyford in Feb 2018 by three so called independent experts. Secondly, it is a response to the proclivity to prejudice demonstrated by the media towards landlords.

The stocktake report is another example of the “echo chamber” effect of using vested interests to reinforce your own philosophy.

With all due respect to the minister, two of the authors are hardly ‘independent’ as claimed. Shamubeel Eaqub is consistently anti-landlord in rhetoric, and Alan Johnson believes “tenancy law has really mediated property rights rather than social rights” and “Housing laws had created an environment for ‘mum and dad’ investors to flourish”.

However, Philippa Howden-Chapman, Professor of Public Health at Otago University has done excellent work in promoting the need for healthier homes which should be supported by serious landlords.

It is very disappointing that no “independent” expert from the landlord sector was commissioned to participate in this report especially if Phil Twyford was serious about “seeking to understand the extent of the problems”.

Finally, the report draws heavily on statistics that are outdated and many are estimates. The crisis may well be worse than stated.

There is an urgent need for a new census as according to the NZ Herald, 10% of the population, and as much as 30% of Maori, were not counted in last year’s census! Statistics will try to extrapolate figures, but this can only be a guess in the end.

Considering the report largely focuses on the rental portion of the housing market and the challenges for tenants and the general population moving forwards, it is important to consider the landlord business model and how landlords can participate in the solutions moving forwards. Complex problems need a synergy of solutions.

Who are the landlords?

The definition of a landlord is someone who intends to rent a property long-term (10 years or longer) as opposed to those whose purpose is to trade properties often within a six-month time frame or less, known as property traders and speculators.

According to a report by the Ministry of Business Innovation and Employment (MBIE) 9/07/2015, 79.68% of private landlords own only one rental property and 17.50% own between two to five properties. These groups make up a total of 97.18% of all landlords.

These are not rich people or greedy people as imagined by the media and portrayed by politicians. These are hard-working, low-middle to middle income people, trying to run a small business in conjunction with their jobs.

They supply roughly 90% of the rental housing stock. The government supplies about 10%.

Who are the renters?

Over the last 100 years generally 30 to 40 % of the population have always rented. For many reasons the majority of these people are on very low incomes and have never had the means to save for a deposit for home ownership. It is imperative that the supply of rental housing stock is increased to keep up with natural and migrant growth.

The world’s population will increase by one billion people by 2030 (11 years).

On the good news front, the middle class have surpassed 50% of the world’s population in September 2018 for the first time in human history. Many of these will be beating a path to live in a cleaner, greener, more peaceful environment, New Zealand included. One of the worldwide challenges will be providing affordable housing to rent.

How the landlord business model works

Rental properties are mostly bought with the equity in an existing, personally owned house. It is generally beyond most landlords to save much of a deposit for a rental property as they have little disposable income to save, just like most middle-income earners.

This requires the ability to delay gratification, nerves to ride out the losses initially, and often periods of low or negative growth. Being a landlord generally does not bring substantial cashflow for the first 10 years of the business.

Often, there are losses. If there are any profits after mortgage interest and other costs, they are put aside for the maintenance and renovations that are often needed between tenants.

Being a landlord is often hard work with no tangible income and often losses for the lifetime of the business. So effectively the landlord works for free for 10 to 20 years before selling the property to reap their retirement nest egg.

By taking away house depreciation and ring-fencing losses on landlord businesses it is actively discouraging new investment in rental property.

Given that it is impossible for the government to be the majority provider of housing stock it would be cost effective to reinstate the legitimate business advantages to landlords that are available to all businesses people.

In 2007 the GFC, caused by bundling USA mortgage derivatives, occurred.

It is important to note that in the USA if a person defaults on their mortgage they can hand the keys to the house to the bank and their liability ends there. Therefore irrational lending ends with the bank collapse or a government bailout.

In New Zealand, the person who defaults on the mortgage is still liable for whatever mortgage remains after mortgagee sale. Therefore, relatively few homeowners end in mortgagee sales and tend to ride out downturns in the market.

In fact, more investors tend to sell and take a loss that needs to be paid back to the bank in time. This usually provides opportunities for new homeowners to enter the market.

In 2016, the Reserve Bank of New Zealand (owned entirely by the New Zealand government) raised LVR’s for new home buyers to 20% and investors to 40%, effectively restricting the money available for investment in housing at a time of acute housing shortages.

The government has, via the Reserve Bank’s LVR requirements, put up an almost insurmountable obstacle for new people to become landlords. Any student of history will tell you that restricting money supply exacerbates the decline of the economy.

Because of high LVR’s for property investors, those people who traditionally opted to become long term landlords cannot any longer. If they want to invest in property their only option is to trade properties until they can make enough money for a 30 or 35% deposit as currently required by the Reserve Bank.

Combining this with the coming ring-fencing dilemma, now in place in the minds of those existing landlords, many have chosen to exit the market. Said properties are being emptied of tenants, renovated, and sold to new home buyers exacerbating the rental shortage.

The solutions to this rental supply crisis

• Reduce the LVR to 10% as it has been previously.

• Reintroduce depreciation on houses in order to assist landlords to minimise rental losses in the first 10 years of ownership.

• Remove ring fencing of losses again to assist landlords to minimise the effect of losses in the first 10 years.

There are many middle-income people unable to become landlords despite the desire. Implementing these changes will enable them to do so.

This is the most cost-effective option open to the government. The costs to the taxpayer would be prohibitive, not to say impossible, if the government tried to become the dominant supplier of rental property.

Both Labour and National would do well to see this issue clearly. The needs of the 40% of renters are not being met by the politics of envy, seeking to crush the “rich” landlords who in fact are low to middle income Kiwis in the most part.

Actions to be taken

2. Established landlords : hold on to your existing stock if you can. Your 10-year older self will thank you.

3. In the light of Labour threatening to restrict rent rises, review your rents and raise them to market rates asap.

4. In the light of Labour threatening to remove the 90 day no cause termination, use it now if necessary.

5. In the light of ring fencing, be more fussy selecting tenants. Repairs, painting, new carpets, etc are not cheap. Being unable to offset those costs against the losses incurred with being a landlord means it may well be better to have a vacant house for bit longer until you get a tenant that will look after it and pay the rent.

*Jonathan Bidmead has been a property investor for many years. He is the author of the book “The Invisible Millionaire: A Guide to Real Estate Wealth”.

An excellent summary, thank you Jonathan. Another major factor in the lower number of rental properties is the unbalancing of the capital cost to rental ratio. I have been a landlord since 1985. For a great deal of the time from then till now the main way I have assessed the viability of a rental investment was that the purchase price divided by 1000 must be less than the weekly rental. So a house purchased for $200,000 must have a weekly rental of at least $200. In practice, in that example I would expect a weekly rent of around $250. More recently, especially in the northern cities, house prices have skyrocketed while rents have lagged behind, making it impossible for the above criterion to be met. Possibly the main reason for this are the relatively low wages, which have been kept artificially low by he availability of supplementary benefits for those already on some form of benefit, meaning that wages in general can be kept artificially low. In my own family, both my married daughters (who own their own homes) have requested that employers maintain their remuneration at lower than normal rates because otherwise they would suffer financially in having to pay for childcare instead of having it provided free of charge. This imbalance reduces the attractiveness of rental property as an investment, thus in part accounting for the exit of investors from this market. Undoubtedly this is an unforeseen consequence, rather than a planned strategy, on the part of the Labour government's benefit structure, but the effect is a continual driver of the decrease in the number of new landlords investing, especially now that negative gearing is penalised by ring fencing.