Mum & Dad investors on the rise 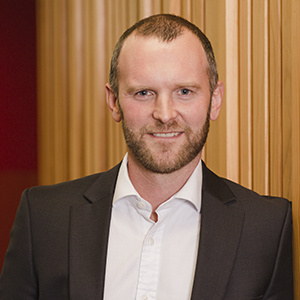 The property market may have slowed down but it seems that, despite a slew of reforms including the Government’s Healthy Homes minimum standards, “mum and dad” investors are still interested.

According to CoreLogic’s latest buyer classification analysis, the share of purchases by investors or “multiple property owners” is on a gradual rise.

Across all investor purchases (both cash and mortgage), their market share in the second quarter of 2019 was 37%.

But when that 37% figure is broken down by the number of properties owned by these investors, it is investors with two properties (after their latest purchase) which are the biggest individual group, with an 11% share.

They are followed by investors with three to four properties who have a 9% share.

That’s because not only are they the largest investor category, but they’ve also recently lifted their percentage share the most.

Davidson says it is necessary to look to recent history to try and explain this.

“Going back to 2016, it’s these smaller investors whose market share was hit hardest by the third round of LVRs, which imposed a minimum 40% deposit in October that year.

“And they then seem to have got knocked again as Labour’s election victory in late 2017 and tabling of capital gains tax hit confidence through 2018.

“But now that a capital gains tax has been scrapped, these figures show that the smaller ‘mum and dad’ investors, have started to make a comeback.”

CoreLogic’s data shows this recent bounce in activity from small investors has been seen most clearly in wider Wellington (City, Upper/Lower Hutt, Porirua) and, to a lesser extent, in Christchurch.

In Wellington, it seems likely that investors will have been attracted by their expectation of further strong capital gains, Davidson says.

“Whereas the flatter Christchurch market has probably presented ‘bargains’ for canny buyers.”

In contrast, the market share of purchases by bigger investors with 10 plus properties has generally eased a bit in the main centres.

This is probably because they are often classed as business/commercial borrowers - an area where credit has become much harder to secure.

There is one exception to this trend though: In Hamilton, investors with 10 plus properties have increased their market share from 9% a year ago to 11%, with the rise due to locals rather than big Auckland investors.

Meanwhile, movers are a little less active in terms of their market share than has been typical in the past while first home buyers are operating at a high market share.

Davidson adds that it does need to be noted that all of these patterns in the percentage share of activity are within an overall relatively low number of purchases, which is well down on the levels seen in 2016.