Investors – take note: Auckland’s housing stock is changing with nearly two thirds of the new dwelling consents in May for apartments and townhouses. 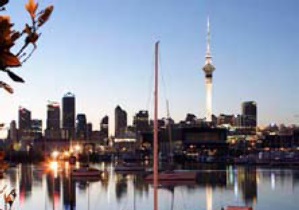 The Auckland Council’s latest monthly housing update shows that almost 90% of the new dwellings consented in the Super City in May were in urban areas.

Further, over the past 12 months, 94% of new dwellings consented were inside the rural urban boundary.

Alongside that, 62% of those new consents were for denser housing types such as apartments and townhouses – with 28% of those consents for apartments.

In contrast, just 35% of May’s consents were for standalone houses.

These figures highlight how the Auckland region is changing in response to the housing needs of the city’s fast-growing population.

And they also illustrate the impact of the much-maligned Unitary Plan in enabling that.

“The Auckland Plan, which looks 30-years ahead, states that most future growth will occur within the existing urban areas, with less sprawl into rural areas, so it’s pleasing to see the consenting data reflect this.”

The change in Auckland’s housing stock is becoming more pronounced, she says.

“This is being driven by increasing numbers of Aucklanders wanting to live close to work, near commuting options and in low-maintenance properties.”

A huge factor in this is the Unitary Plan which is enabling more homes to be built in areas where people want to live.

Pirrit says that by removing much of the density controls that prevented intensification in some parts of the city, the Unitary Plan has made it easier for new types of homes to be delivered for Aucklanders.

Auckland’s improving public transport networks are also influencing where new homes are built, with 29% of new dwellings consented within 1500 metres walking distance of a rapid transport network, she adds.

The data in the Council’s housing update also indicates that investors have not given up on the Auckland market.

It shows that 40% of residential properties sold in Auckland were purchased by investors in May 2019. First home buyers bought 28% and movers 20%.

How to profit from the new plan