New rules around the ring-fencing of rental property losses came into force late in June and Stop the War on Tenancies spokesman Mike Butler believes they’ll have a negative impact on the rental market... 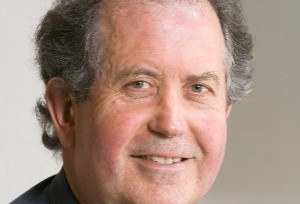 The largely unreported end of the ability of rental property owners to claim losses against other income shows that the Government is unaware of the scale of the problem it is creating with accommodation.

The Taxation (Annual Rates for 2019–20, GST Offshore Supplier Registration, and Remedial Matters) Bill quietly became law while we were distracted with a Cabinet reshuffle that demoted Housing Minister Phil Twyford.

Under the vague subheading: “Allocation of deductions for excess residential land expenditure”, the omnibus tax Act:

(a) limits a person’s deductions for expenditure incurred in relation to residential land to income derived from the land;

(b) suspends deductions for the excess expenditure for the income year in which the expenditure is incurred;

(c) provides that the excess amounts are carried forward to later income years in which the person derives residential income; and

That brings an average tax benefit of $2000 a year to each, creating a total cost of $232 million to them.

The Minister responsible for this, Revenue Minister Stuart Nash, is probably unaware that losses accrue at the first stages of a property investing career.

But as debt is reduced and income increases, investors become taxpayers, with some paying tens of thousands of dollars in tax each year.

Rental property owners who are losing money now face a choice - raise the rent to cover the loss, absorb the loss to apply it in the future to any profit, or sell.

With rents at historic highs it is unlikely owners could add an average extra $137 every week to rents.

This means that owners must choose between hanging on or selling and, for many, the short answer is to sell, with stand-alone dwellings going to first home buyers.

With loss-making owners selling and the prospect of an extended and more fraught period of trading at a loss creating a barrier to new investors, the Minister has just sped up the reduction of the supply of rental property.

As a result, rents will continue to rise and homelessness will increase.

The problem for everyone is that the Government is in denial that the policies it is enacting to solve a housing crisis are making the crisis exponentially worse.

A final note: Labour, New Zealand First, and the Green Party voted in favour on the third reading of the bill on June 20, while National and Jamie Lee Ross voted against it. Hansard has no record of a vote by the ACT Party.

*Mike Butler has owned and managed rental properties for 27 years and currently has 60 tenants in 12 buildings. He is the spokesperson for Stop the War on Tenancies, a group dedicated to highlighting evidence that successive governments have ignored while creating rental property policy.

simont23. I am in the process of setting up an office admin company which will incur fees exactly equal to all my property expenses from my property investment company. These fees will result in a loss for my office admin, set off against my other taxable income. Result; legal and commonsense happiness.