Those who benefit should pay 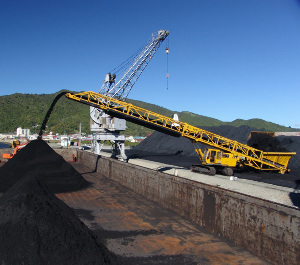 Property owners who benefit from new public infrastructure projects could end up paying a tax on their gains – if new Productivity Commission recommendations get adopted.

The Productivity Commission has released its draft report on local government funding and financing arrangements and it emphasises that new funding strategies and mechanisms are necessary.

While the report says that the current framework measures up well against the principles of a good funding and financing system for local government, it also says there is room for improvement.

More specifically, the report says Councils need to make better use of existing tools and that new funding mechanisms are needed to address rising costs pressures.

One key area where the existing funding model is insufficient to address cost pressures is supplying enough infrastructure to support rapid urban growth.

According to the report, the failure of Councils to supply enough infrastructure to accommodate growth has been a significant contributor to the housing shortage in fast-growing urban areas.

And this has been a major driver of rapid house price increases in New Zealand since around 2000.

Councils do have funding tools to make growth “pay for itself” over time by deriving revenue to fund the infrastructure for new property developments from new residents, the report says.

But the length of time it takes to recover costs, debt limits and the perception that growth does not pay are significant barriers.

For this reason, the Commission recommends that Councils should adopt a new “value capture” funding tool.

A “value capture” tool would require property owners who see “windfall gains” in their property value from publicly funded infrastructure nearby to pay a portion of this gain to the council.

In turn, the revenue raised would help the Council to fund future growth.

There is already a successful example of an SPV currently at play.

That’s the one Auckland Council with Crown Infrastructure Partners, Treasury and developer Fulton Hogan, have established to fund five bulk roading and wastewater infrastructure projects for a large new residential development in Milldale.

It has raised nearly $50 million in long-term finance that will not sit as a debt on the balance sheet of Auckland Council (or the Crown), and therefore doesn’t count towards the Council’s debt limit.

The Commission’s recommendations have been greeted with enthusiasm by many – including Auckland Mayor Phil Goff, Wellington Mayor Justin Lester, think-tank The New Zealand Initiative, and business group representatives.

Goff says the draft report reinforces his calls for new funding mechanisms for Councils struggling to deal with the need for increased infrastructure spending.

Those challenges are most pressing in Auckland where the population is forecast to reach two million by the late 2020s, he says.

“We need to invest to meet that growth, but we can’t hammer ratepayers or go with a begging bowl to government every time we need the funding to do something. New funding mechanisms are badly needed.”

He encourages Government to consider all the options proposed in the Commission’s report.

*The Productivity Commission’s draft report on local government funding and financing can be read here. Submissions on it can be made until 29 August and the final report is due out in late November.

On 8 July 2019 at 10:14 am Redflick said:
Duh- aren't property owners getting higher values through infrastructure improvements already paying this through higher rates???