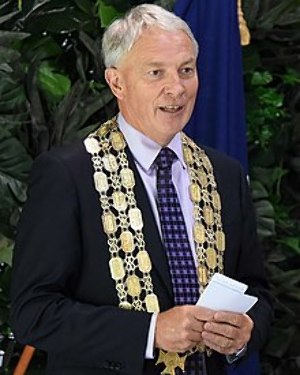 Problems with building law have long been rife. Now Auckland’s Mayor is calling for radical reform of the Building Act and Code to deal with the housing crisis.

The Government is currently consulting on proposed changes to the Building Act which it says will address long-standing challenges in the building sector.

He says the Building Act and Building Code need radical and urgent reform to make them fit for purpose to tackle New Zealand’s housing crisis.

“Aucklanders deserve to have greater assurance that when they buy a new home or renovate an existing one, the work done will be of high standard.

“It’s time to change the situation whereby shoddy building products and poor design and workmanship are a cost loaded on to ratepayers rather than those whose incompetence cause the problem.”

He says the weather tightness issue cost ratepayers $600 million because those who did the poor work are nowhere to be found and the council as the consenter is the “last man still standing”.

The Government’s proposals, which would be the biggest changes to the Building Act since 2004, aim to improve the regulation of building products and modern methods of construction including offsite manufacturing.

They would also strengthen occupational regulation; look at how risk and liability are managed; possibly reduce the building levy; and strengthen penalties for those who don’t comply with the law.

However, Goff says that what is needed is a compulsory insurance and warranty scheme that directly incentivises companies to do the job properly.

It would also mean that general ratepayers through council would only have to meet a fair proportion of liability for substandard work.

A centralised and mandatory product register to certify that building products are fit for purpose is also needed as it is absurd that 69 different councils have to separately certify the same products, Goff says.

“Duplication like this adds costs and inconsistency. Doing it centrally would be far more efficient.”

He also wants to see a Licensed Building Practitioners scheme to ensure builders and associated trades have the skills, training, ongoing professional development and ethics to do the job properly.

“Finally, the building code is also below international standards in what it requires for buildings to be energy efficient.

Building and Construction Minister Jenny Salesa says clear and robust building laws are critical to enabling the building sector to reach its full potential and the proposed reforms will help achieve that.

But Goff, who welcomes the move to reform building law, says the Government needs to go further than what is included in its discussion paper and to act with a greater sense of urgency.

On 17 June 2019 at 12:43 pm John Butt said:
Well that will increase building costs which will flow into second hand housing very quickly.
On 19 June 2019 at 3:08 pm bArt said:
It's a bit rich of Mr. Gough to say "Weather tightness issue cost ratepayers $600 million because those who did the poor work are nowhere to be found and the council as the consenter is the “last man still standing”. At the time that these buildings with "Weather tightness issues" were consented council insisted on approved materials being used, get to tell everyone if they can build, where they may build, and what they may build (even on their own land). They tell us how long we get to build, take a cut for local area contributions and finally get to inspect several times at various stages of a build. The council should stop blaming others and show reponsibility for the fees and rates they demand. It is a wonder anybody wants to build at all!