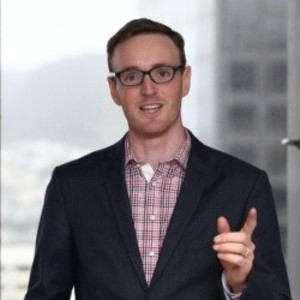 It’s true: regional housing markets are seeing the impact of the Super City’s expensive housing as it has prompted an exodus of Aucklanders to other parts of New Zealand.

Almost 33,000 Aucklanders left the region for other parts of the country over the four years to June 2017, according to a new report by economist Benje Patterson.

The report, which is based on Stats NZ population and internal migration data, shows that while Auckland’s population climbed strongly, it would have grown even faster were it not for the number of Aucklanders moving to other parts of the country.

“Auckland’s regional migration losses are not surprising when one considers the deterioration to housing affordability that occurred in Auckland over that period.

“Regional migrants from Auckland have benefited the rest of New Zealand, initially by pushing up local spending, but then longer-term by adding to these areas’ productive workforces.”

The commonly-held belief that most Aucklanders head to Northland, Waikato or the Bay of Plenty is proved true by the report.

Patterson says the those three regions, which are the closest to the Super City, attracted two thirds of Auckland’s population exodus.

“But the largely untold story is that even places at the other end of the country, like Dunedin and Queenstown, have benefited.”

The report shows that Dunedin and Queenstown-Lakes have each experienced total net population gains from Auckland of more than 1,100 residents over the four years to June 2017.

This evidence supports anecdotal reports that have been partly attributing Dunedin’s renaissance to Aucklanders choosing the city as a place to work, live, and do business, says Patterson.

“Queenstown’s gain also highlights that the resort’s overheated property market has in part been driven by cashed-up Auckland buyers – one of the few areas where housing equity is generally enough to enter the local market.”

Other parts of the country that the report highlights as attractive destinations for Aucklanders are Wellington and Hawke’s Bay.

For example, there was a net migration flow of 126 people from Wellington City into Auckland in 2014, but by 2017 that flow had swung around to 468 people leaving Auckland for Wellington.

Of the Aucklanders leaving the region, high numbers were in their late twenties and through their thirties with children, the report shows.

Patterson says this exodus of productive workers to other parts of New Zealand during the peak years of their working life exacerbates skills shortages in Auckland’s labour market.

The other age group departing Auckland in high numbers was retirees – probably because selling an Auckland home to free up equity for a cheaper house in the regions was difficult to resist for many.

However, despite the number of Aucklanders leaving, the region’s population still rose from 1.49 million to 1.66 million over the four years to June 2017.

This growth was at an average rate of 2.6% per annum as compared to 1.9% per annum growth nationally.