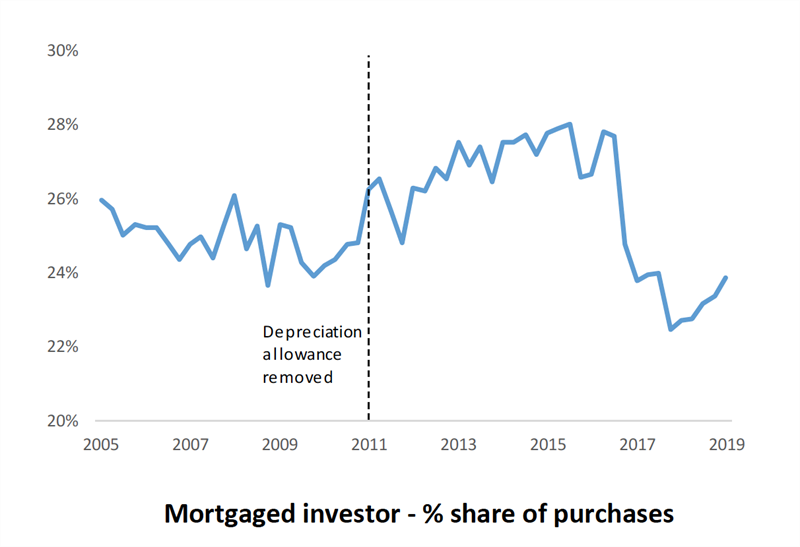 That is a fairly short-term view. The reality is that the deductability of losses is most needed at the start of an investor's property journey. After some years in the business the investor's portfolio moves int a cash-flow positive situation. Therefore the net effect of this legislation is that mature investors will be unaffected and the beginners will be penalised. Thus there will, over time, be less investors coming into the business to replace those who inevitably leave. So the number of available rentals will, in the long-term, reduce. And, in any market, a reduction in supply means . . . ?

We have already seen some owners sell up over this issue because they can't keep carrying losses without some relief. The two most often sited issues are either a rent increase to cover losses or sell. The most problematic loss making issue tends to be insurance costs. This is becoming more acute in Wellington where the continued insurance embargo is preventing consumers from shopping around to produce some competition in the insurance market