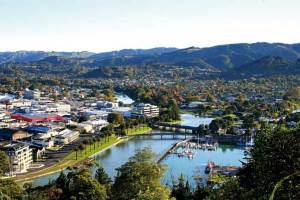 Looking for growth areas in a modest market? New QV data shows that smaller, regional markets like Gisborne and Horowhenua are turning in the best performances.

That’s because some of New Zealand’s more affordable regions continue to see strong value growth, according to the latest QV House Price Index.

Over the last quarter, Gisborne, Horowhenua and Rotorua led the way with value growth of .7%, 8.0% and 7.6% respectively.

QV general manager David Nagel says that Gisborne and Horowhenua each have average values in between $350,000-370,000.

“As such these regions are great examples of New Zealand’s more affordable areas that continue to attract strong demand from both first home buyers and investors.”

Of the larger centres, Dunedin is still turning in the best results. The region saw quarterly value growth of 4.9% and year-on-year growth of 13%.

Nagel says their property consultants are reporting a good level of interest in properties up to the value of $500,000.

“It’s this affordability that is attracting a broad range of buyers across most of its suburbs.”

However, despite the regional pockets of solid growth, national value growth continues to slow.

At the same time, values in the key Auckland market remain on the decline.

Nagel says that while Auckland’s values are falling slightly, it is not at the levels reported by some property commentators.

“We are starting to see a change in the type of properties selling with a general trend toward smaller, lower-value, one- and two-bedroom properties.

“That’s leading to a drop in median sales prices across the region recently.”

“In saying this, the Reserve Bank’s indication that they will drop the OCR rate, coupled with the so called ‘rate wars’ taking place between banks, should mean that buyer demand remains steady.”

“Further to this, the Government’s decision to rule out the capital gains tax should give investors more certainty around their property decisions and may inject a bit of much needed energy into the market.”

CoreLogic head of research Nick Goodall agrees that the Government’s capital gains call will have caused a collective sigh of relief among landlords.

But he is not as certain that it will have a significant impact on the market. Investors are already dealing with a number of policy changes which are impacting on their profits, he says.

These include the proposed new ring-fencing rules, the Healthy Homes minimum standards and limited wage growth restraining their ability to increase rents in line with their costs.

Further, property speculation has already reduced over the last few years, he says. “The extension of the bright-line test ensures there is some form of a capital gains tax for short term capital gains, and the natural property cycle slowdown means gains are reduced anyway.”