Upper Hutt has long been overlooked as an investment option but its affordable prices, strong yields and tight rental market mean it is now attracting attention, reports Miriam Bell. 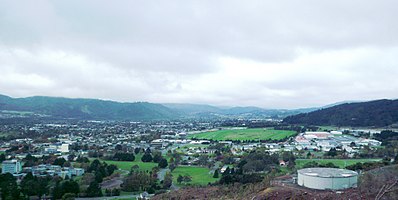 It’s known as the gateway to the great outdoors, thanks to the fact that it is home to 70% of the Wellington region’s parks and reserves. But while Upper Hutt may be well known for its stunning natural attractions, its investment potential is less well known.

Located about 30km north-east of Wellington City, Upper Hutt was, traditionally, a working class area with an employment base in manufacturing. Since the big manufacturers upped and left, the NZ Defence Force and the Department of Corrections have been the largest employers in the region, at Trentham Army Base and Rimutaka Prison respectively.

Odds are that it’s this blue collar brand which has meant that, in the past, Upper Hutt has not featured on the property radar for many. These days though, it’s a city that is benefiting from the notorious “halo” effect. That’s because as both prices and rents in Wellington’s housing market have skyrocketed, eyes have turned to more affordable areas, like Upper Hutt.

And it turns out Upper Hutt has got a lot going for it for investors. There’s relatively affordable prices that are still growing, a strong rental market, decent returns and it’s an easy commute to Wellington and the Wairarapa.

On top of those attractions, the city is going through an economic revival, Upper Hutt investor Geoffrey Walsh says. “There is new land being opened up for high-density development, big industrial areas developing, and a new timber works and sawmill. There is also a big craft beer industry growing in the area.”

It is all helping to create a new sense of vibrancy and this is reflected in the property market data. As is the case with many smaller regional markets around New Zealand, Upper Hutt’s prices are moving at a very different pace to those in the main centres.

REINZ chief executive Bindi Norwell says that the lack of housing supply across the region continues to place upwards pressure on pricing. “It is forcing many people to look further afield for a home. Traditionally, those who couldn't afford in Wellington City looked to Lower Hutt, but now they are looking to Upper Hutt or beyond.”

This trend is evident in QV’s February data too. It has value growth in the wider Wellington region slowing down while more affordable areas, like Upper Hutt, continue to see high rates of growth as buyers seek value for money. Values in Upper Hutt rose by 5.7% over the past quarter and by 13.9% year-on-year.

It’s worth noting that it’s not just prices that are bubbling up nicely. In contrast to many other areas, Upper Hutt has seen a strong increase in sales of late. REINZ says there were 100 sales in February. That’s up by 96.1% from 51 in January and by 22.0% on the 82 seen in February 2018.

While prices in the city have gone up, they do remain comparatively affordable with the potential for reasonable returns. IFindProperty Wellington investment specialist Kelly Lowe says Upper Hutt offers a lot of different choices for investors.

“There are a lot of smaller one or two bedroom units, a lot of bigger, family-type homes, and a lot of brand new homes being built currently. A wide price range exists from the mid to high $200,000’s up to $1million and over so there is a variety of price entry points.

“Also, there’s plenty of options to add value. A lot of the housing stock is older, but with good bones, and many have large backyards too.”

Walsh agrees there are opportunities for investors - if they are prepared to put in the work. "If you can find three-bedroom properties that haven’t been looked after you might be able to get them for around $400,000 and if you put the work in you can then get over $500,000. But there is not much selling for under $500,000 these days.”

The Wellington region’s shortage of rental accommodation is also omnipresent in Upper Hutt. Due to the presence of Trentham Army Base and Rimutaka Prison there has long been a strong rental market. But these days tenant demand far exceeds rental supply.

Oxygen Property Management general manager Christian Casbolt says not only does the city have a good mix of schools, shops and public facilities that attracts families and young professionals looking to rent, but it’s an easy commute to Wellington.

“Given the rise in rental prices in Wellington, many tenants are choosing a longer commute into Wellington, in exchange for cheaper rent. They see it as better value. That means Upper Hutt is currently experiencing particularly strong tenant demand.”

This demand is further amplified by the fact that first home buyers have discovered the city and have often ending up buying ex-rental properties as investors have sold. This means supply has decreased to a very low level. For example, in mid-March there were only 34 places listed as available to rent in the whole of Upper Hutt City.

Casbolt says the upshot is that the market is strong for investors, but extremely tight for tenants. “Rental properties attract a lot of applicants as demand for each property is very high. And that has all meant an upward shift in rents.”

According to Trade Me Property, the median weekly rent in Upper Hutt was $495 a week in January this year. That was a record high and a 24% increase on the median rent of $400 in January 2018. Realestate.co.nz puts January’s average rent at $475 a week and February’s at $521 a week.

“So they are currently showing fantastic yields. Late last year the average yield was likely around 5-6%, sometimes via my property finding business we were getting gross yields in the 7-9%. But, due to the growth in house prices this year, it is more realistic for a 4-5% yield, or a 6-7% yield if buying via us.”

The high rental demand means high quality tenants can be easily found, while cash flow is also on the cards if you buy well, she adds.

When it comes to buying well in Upper Hutt, there is currently a clear front-runner in the recommended suburbs stakes. All our interviewees picked Timberlea as a good area to invest in.

Additionally, data from REINZ shows the suburb had a 58% increase in sales count from 2017 to 2018 and a 71% in median sales price. The sales count is still slightly down on 2016 levels but the median price had a 135% increase over the two years.

Lowe says Timberlea has had a rough image in the past but its affordability means it is now being targeted by first home buyers. “They are buying up a lot there for unprecedented prices. This will impact on values and change the face of the suburb over the coming years.”

She says Birchville, which sits to the north of Timberlea, and Clouston Park both show potential for good value growth going forward. “Silverstream, Pinehaven, Herataunga and Trentham have historically held good value and are popular with families due to good school zones and ease of public transport and motorway access.”

Investors should also keep in mind that anything near the train stations or the highway now attracts renters as many commute into Wellington, Lowe advises. “Two-bedroom units are another strong option for the future due to the aging population in the region, the rental shortage, and the desire for smaller spaces from tenants and future first home buyers.”

While Walsh recommends Timberlea, he adds Maoribank in to the equation too. “Both suburbs back on to Mt Marua and there’s lots of new building going on there, which is driving the prices up.

But there is a resurgence in Upper Hutt suburbs across the board, he says. “Even Merton Street in Trentham, which used to have a really bad reputation, is now backing on to high end premises and the street is changing. The whole place is being dragged up a notch. Upper Hutt is taking a bit more pride in itself.”

In Casbolt’s view, the best areas to currently invest in are Timberlea, Birchville, and Te Marua. That’s because they are relatively cheap to buy in but have potential rent return of not much lower than the rest of Upper Hutt.

He recommends looking for properties with plenty of sun, a garage, and good heating. “Also, there is significant demand for properties which allow pets. Any owner who will accept a tenant with a dog will find it easy to rent out their property and can command slightly higher rent.”

Investors should be aware that some properties in areas like Riverstone Terraces and Kingsley Heights need to be considered as possible ‘leaky homes’, Casbolt says. “So commission an invasive test if considering purchasing a property in these suburbs. It’s worth driving around after hours to get a real sense of what the neighbourhood you are interested in is like.”

Moving forward, there is general optimism about the outlook for Upper Hutt – especially given the new perception of the city as a viable alternative to Wellington’s overheated housing market.

The Transmission Gully motorway is set to open in mid-2020 and that will benefit the city as getting around the Wellington region will be easier. At the same time, the squeeze on commercial property in Wellington is increasingly prompting businesses to look to Upper Hutt, which has land available for commercial development.

“The Upper Hutt market has typically been three years behind the city in following market changes. But, unlike some areas that are cooling off, there aren’t enough properties for sale, and there are limited rentals at any one time. That’s likely to continue causing rent inflation due to lack of supply.”

For Walsh, the city’s market has started to slow down, with properties staying on the market longer than in recent years.

“There are less auctions or tender sales, more sales by negotiation with indicative prices. It makes it easier for those not following the market closely to get an idea of what the values are. So I think there is still some upward momentum, but it’s not as dramatic as a few years ago.”