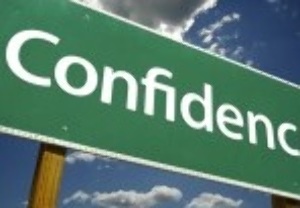 Confidence in the market remains solid among both residential and commercial property owners – despite the threat of a capital gains tax.

Both surveys show that expectations in both markets remain broadly positive – although they have softened on recent quarters, particularly in the residential sphere.

According to the commercial survey, a net positive 22% (optimists minus pessimists) of respondents nationwide expect investment conditions to get better over the next 12 months.

This result is broadly in line with the last four quarters, but it is down from the 2018 high of a net 26% in the December quarter.

Ten out of the 12 regions surveyed recorded a net positive score.

Queenstown came in as the top spot for commercial property investor confidence, with a net positive of 52%, up 6 percentage points on the December 2018 quarter.

Tauranga was in second place with a net positive of 51% – only 1 percentage point behind frontrunner Queenstown.

It was followed by Wellington in third place with a net positive of 43%, followed by Auckland (32%) and Hamilton (30%).

In the residential survey, a net positive 15% of respondents expect median house prices to increase over the next 12 months.

This means more respondents expect median residential property prices to rise than those who expect a decline.

As in the commercial survey, Queenstown, Tauranga/Mt Maunganui and Wellington took out the top three spots (in the same order).

But in Auckland median price expectations overall were negative for the first time, with a net negative 10%.

Both surveys were undertaken around the time the Tax Working Group’s final report, which recommends a capital gains tax, was released.

Colliers research and communications director Chris Dibble says that, despite the potential impact of the TWG’s recommendations if implemented, commercial investors remain broadly positive about conditions in the year ahead.

In fact, no distinguishable shift in trends was recorded during the survey period.

Residential survey respondents were asked how much sale prices would be impacted by the introduction of a capital gains tax and the results were mixed.

While 42% of respondents indicated less than 5%, 37% stated more than 5% and just over a fifth (22%) indicated a capital gains tax would have no impact on sale prices.

Dibble says it’s important to remember the TWG’s recommendations are only proposals at this stage, and that a significant process lies ahead before any tax changes are introduced by 2021.

On 15 March 2019 at 11:47 pm John Butt said:
Rental market data from Wellington suggests the opposite, with a dramatic reduction in rental growth since the CGT became a topic in the election. Either investors are selling or just stopped buying. http://listings.jonette.co.nz/blog/landlords-selling.html