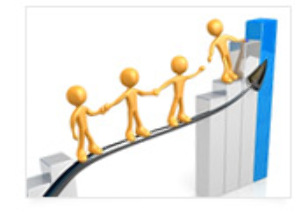 A new migration measuring system means that annual net migration over recent years has been lower than previously thought.

Stats NZ today released its migration figures for the year ending November 2018 and they show that the net gain of migrants was 43,000 in November, down from 45,000 in October.

However, the data is the first official release of migration estimates using the outcomes-based measure, as opposed to the intentions-based method which was previously used.

That means that under the old intentions measure there was an estimated annual net gain of 61,800 in the year ending November 2018.

Westpac senior economist Satish Ranchhod says previous estimates indicated that permanent and long-term net migration was adding 72,000 per annum to the population at its peak, although this had since slowed to around 60,000.

“The updated estimates show that permanent and long-term migration has been 10,000 to 20,000 people lower per annum. That’s a large difference.

“It may help to explain some of the recent easing in consumer spending, but it’s unlikely to be the whole story.”

Looking at the broader trend in migration, the data makes it clear that net flows are well off their earlier highs and are continuing to ease, he says.

“This is a key reason we expect potential growth to take a step down over the next few years.”

ASB senior economist Mark Smith agrees, saying the data shows a net permanent long-term inflow of 43,420 people in the November 2018 year which was the lowest in nearly five years.

The figures are volatile given the change in methodology, which causes a significant break in the historical series, he says.

“However, they continue to confirm that net immigration is slowing, albeit from a lower base.

The new measure also suggests that the peak in net immigration also occurred earlier in 2016 with 60,000 persons rather than the previous estimate of mid-2017 with 72,000 persons, he adds.