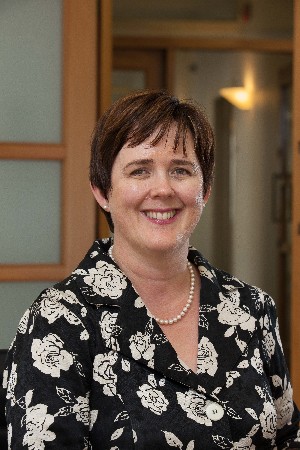 Developers are increasingly seeking to maintain control of embedded networks in apartments and that means both buyers and body corporates need to know what to watch out for, Auckland District Law Society president Joanna Pidgeon explains.

Construction costs are spiralling these days. That means developers are looking for additional ways to reduce their costs and generate revenue streams which continue long beyond the issuance of a Code Compliance Certificate and settlement with the new owners.

One of the more creative tactics employed sees the developer insert themselves permanently between third party utility providers and eventual owners via an embedded network. This is possible due to increasingly sophisticated technology and the internet of things which allow developers more scope with building systems and infrastructure.

Embedded networks are becoming more prevalent in New Zealand. Already common for utility supply (eg: electricity, broadband, water) in shopping centres and retirement villages, they are becoming increasingly prevalent in apartment buildings. They are configured to allow the owner of the embedded network to sell the services to tenants or residents.

By aggregating, an opportunity exists for the network owner to gain access to the wholesale energy market (for example) for a bulk electricity purchase. This allows for a potential revenue stream to the embedded network owner: it’s the difference between bulk rate and what’s charged to occupiers of the building.

Increasingly, the market is seeing developers trying to be the supplier, so they can “clip the ticket” and make a margin over the long term, rather than handover to the body corporate (and the owners that comprise it).

Sound suspect? The short answer is that it might be. And it’s something that property purchasers need to be aware of and ask about during pre-purchase discussions and due diligence.

I’ve seen many a case where people had no idea what they were buying or buying into. Then they’ve found out later that they were tied to one provider, were paying over-the-odds for services or didn’t own the wiring in their own building.

There’s nothing to prevent developers using mechanisms like embedded networks, provided they use proper processes, but they must not rip off residents and owners.

The good news is that there ARE statutory protections.

Developers cannot ignore that legislation and case law means they have a responsibility to the body corporate to ensure that contracts and arrangements are fair, reasonable and on market terms, and do not see them benefiting personally at the expense of the body corporate.

Still, developers may seek to maintain control by using encumbrances to secure obligations and covenants to enforce obligations on eventual purchasers. For example, by requiring all unit title owners to join a residents’ association or to enter into contracts with a named utility provider.

This means that when buying off plans, purchasers should check the developers’ rights to enter into utility supply contracts.

But developers should not enter into arrangements which require eventual owners to pay more than market prices. Nor should they profit at the expense of the body corporate they are forming.

They must exercise reasonable skill and care and act in the best interest of the body corporate, even though it has yet to be formed. A duty of trust is owed by the developer.

They must also ensure that the terms of service contract achieve a fair and reasonable balance between the parties. Even better they should hand over the embedded network when the body corporate is formed.

What to watch out for with embedded networks

Just remember, there’s nothing to prevent developers using mechanisms like embedded networks, but they must not rip off owners and residents.

So when purchasing a property in a development, make sure you ask the right questions at the right time to understand the arrangements in place for utility supply and network ownership.

On 29 November 2018 at 11:36 am JennyDaly said:
Hi Joanna, I would be interested in your definition of rip off. It could be a very expensive legal argument for apartment owners in particular if the developer "owns" the networks. Also do you have a comment on the Housing Ministers halt to the Unit Titles Bill and how this may affect current plans to split properties on cross leases in 2030. Thank you