It looks like New Zealand's property market may have reached a floor, and the worst could be over for property market activity, argues CoreLogic's head of research Nick Goodall. 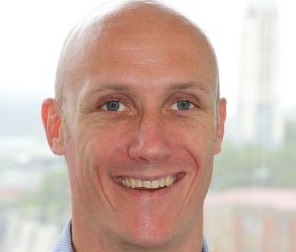 The residential property market seems finely balanced at the moment. Sales volumes continue to be constrained, with September’s sales down another 2.3% year-on-year after dropping 13% and 23% in 2016 and 2017 respectively - but this was only the second time that volumes have dropped since the start of the year: I believe that we’ve essentially reached a floor.

This is backed by credit flows, which have actually increased over 2018 - suggesting that the market has adjusted to the overall tightening over the last two years, with buyers managing to raise the required deposits, survive greater scrutiny on their income and expenses and satisfy stricter serviceability tests.

According to the CoreLogic Buyer Classification series, both first home buyers and multiple property owners actually increased their share of nationwide sales in Q3, and their relative strength indicates a general market confidence for those who are able to secure the finance required.

This confidence will stem from a strong labour market, forecasted GDP growth (even if it’s slowing) and low interest rates - both current and forecasted. Plus, we have a possible relaxation of the LVR limits on the horizon, which could add to market demand.

The balance then, comes from the continued focus on property investors – most recently in the form of the Tax Working Group’s interim report.

The Group seems to favour recommending some form of tax on capital income, but it has to balance a number of considerations, not least administration and compliance costs, on top of dealing with the complexities in how to treat the different types of capital assets.

In a recent seminar headed by the Working Group’s chair Sir Michael Cullen, it was estimated that 75% of their time between now and February 2019 when the final report is due will be spent on the capital income recommendation. So there’s a lot more discussion to be had, and still no guarantee the final recommendation will include a capital asset tax, let alone be pursued by the current coalition government.

It’s fair to expect that any further taxes will negatively impact the market, meaning profits and subsequently the attractiveness of investment property will reduce, but I don’t think seasoned investors will be completely put off.

It may well add an extra barrier for a newer generation of potential property investors, who may increasingly opt for other investment vehicles, including term deposits, commercial property, the NZ sharemarket or even the US stock market which is becoming increasingly easier to access with the introduction of overseas share purchase platforms.

But we’re a long way from that investment behaviour change eventuating, let alone having any serious impact on the NZ property market.

Overall, as always, there are positives and negatives, but the balance of evidence currently available suggests to me that the worst is over for property market activity.

Except....what about the overseas situation (other than it being well situated) and it's inevitable effect on our economy? Interest rates are in 'rise' mode in the USA. Corporate debt is off the scale in places like Turkey and a couple of south American countries. The fact that the big five USA banks are teetering on the bad edge of risk, being that they have nothing left as tangible assets than derivatives, so the bail-out that we saw in the GFC period cannot be repeated!? Also, the fact that we are experiencing a 'bubble' phenomenon ( more sellers than buyers) in our property market...and lastly, that there is an inevitable convergence looming where FOUR negative-effect cycles will happen within +- a year, I do not accept your analysis as anything much more than an attempt at 'pushing the barrow' and trying to talk a radically ready-to-crash market up? 'Gut feel' tells me to watch this space within the next approx 12 months and see who is more correct! Otherwise the old saying of "when overseas markets get a cold, we get pneumonia is all just useless chat? Are Kiwis aware that our banks rely on a large portion of their loan funds from overseas banks (and their rising interest rates?). Crikey....Japan hit our part of this property cycle around 27 years ago, and has never recovered...nor has any light on the horizon, but maybe that's another story in the coming saga? Michael Donovan (021) 466 636 and +64 (7) 213 0216 Moneo Associates Tauranga office

Quite agree with Mr Donovan! The chance of an "economic" crash on the scale of 2007/8 can not be discounted, and we all know what happened to house prices then.

No.....the GFC around 2007/8 was a bit of a recession. what is looming on the horizon is something more serious than that....a Depression. However, just be aware of the fact that as in the depression of 1939 era, several individuals weathered that 'storm' quite well, meaning that there are select opportunities, and also places to keep (your money) well away from. there will be many in NZ who will choose to invest their money into housing (when it crashes) however, they will be people who remain numb to the Japanese example referred to, and they will invest into the 'perceived bargains' only to be 'rewarded' with the fact that those house will remain static for long enough to render their 'bargain-investment/s' a wasted exercise in most cases. When they leave their money in those dormant assets that do not show any appreciable 'inflation' of value, they effectively will cement in a real loss on their money due to loss of gains in some other better asset?! Remember....those four cycles destined to converge virtually at one time soon. Alongside the HUGE corporate debt worldwide (approaching USD$60 Trillion now) and the recipe is already "in the bowl & mixed"! That $60 trillion will be defaulting. Oh, my way of demonstrating the huge-ness of just ONE trillion is not in stating how many zeros it is. If you count at the rate of one per second, 24/7, every day and every night, how long would it take to count to just ONE trillion....a month. or six months...or 5 years? It will take you 36,000 years..!! Just to count to ONE trillion. I'm talking about 50 trillion of debt, & rising. Crikey...there will be readers who will claim that I am just a doomsday freak, predicting nothing but financial Armageddon, however, I will just respond by stating that they will sadly be the "un-prepared losers"? Those with a "barrow to push" we will see as virtually the only ones promoting their 'wares', and that makes sense, because that is how they make sales...and their living, to pay their bills, and feed the family and so on. We can all have our say. Time (and not a long time) will be the proof of the pudding in this "recipe" that I (and a few knowledgeable colleagues) have raised? Let's have a few additional opinions, everyone is entitled to mine! Michael 'D-Soothsayer'.