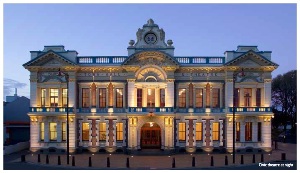 It’s time for Invercargill to take its place in the sun as affordable prices and healthy yields make it a drawcard for those wanting to get on the ladder, writes Miriam Bell.

Invercargill is not only New Zealand’s southernmost city, but the southernmost city in the world. As such it is somewhat isolated. This has led to the popular perception that the city is slow, staid, and behind the times.

But the truth is that while Invercargill’s population is relatively small - 54,800 as at June 2017, it is the commercial centre of the Southland region. It sits amid rich farmland and is bordered by large areas of conservation land and marine reserves.

Further, it is a city adapting, striving to innovate and grow economically, despite challenges such as an ageing population and the need to diversify industry. But a pioneering Southern spirit is part of Invercargill’s heritage.

This character is reflected in Invercargill’s property market which is steady and stable, not spectacular, but with plenty of potential. Nationally, the market is cooing. But Invercargill’s market continues to see decent price growth and, for investors, it offers a perfect storm of affordable prices, strong yields and now a rental shortage.

Heat in the market

Invercargill’s market has been giving off heat of late. But, in common with many regional cities over the current cycle, it took longer to take off than markets in the bigger urban centres.

Professionals Invercargill’s Tom Dymond says that up until about two years ago, the market was absolutely flat and had been for some years. But that has all changed now and there has been steady growth in prices while rents have gone up noticeably, he says.

The REINZ data also indicates strong sales activity. It records that 100 properties were sold in April, which was actually down on sales volume in March. But it equates to a 20.5% year-on-year increase in sales when compared to the 83 sales seen in April 2017.

Steady movement is the defining trend of the market. QV’s general manager David Nagel says value growth has now started to slow down on the recent past. Despite that, local agents have a positive outlook going forward. They expect growth to continue for some time – especially because there has been a drop in stock on the market of late but demand is strong.

Southland Property Investors Association president Angela Strang says the big attraction of Invercargill is that it one of the most affordable places in New Zealand to buy. And, increasingly, people are realising that.

“In the past, it may have not been interesting as an investment location because its remoteness means it is not easy to visit, but these days it’s different. People can see the prices and understand buying here is a good way to get on to the property ladder.”

For Queenstown-based investor Janelle Hazeldine, Invercargill was a far more attractive option than Dunedin. “We found it was possible to buy a warm, solid brick house in a decent area for around $250,000 with returns easily at around the 8% margin and little maintenance needed. It simply made good sense and, as a bonus, we have seen good capital gain on our first property over 18 months.”

But as more people become aware of the investment potential, the more heated the market has got. Multiple offers on properties have become common and demand is starting to outpace supply.

One major contributor to the increased demand is one of the Invercargill City Council’s strategies to attract more people to the city: the Southern Institute of Technology (S.I.T) and its zero-fees structure. This is drawing in a growing number of students and is a strong driver for local services and businesses.

Traditionally, it has been the Tiwai Point aluminium smelter and the surrounding farming community which have been the big economic drivers in the area. But the reliance on the smelter and farming has prompted a drive for economic diversification.

The Invercargill City Council has been actively working to develop alternative industries, such as tulip farming, and encourage new, innovative businesses. Alongside tertiary education, there is a growing focus on tourism and positioning Invercargill as the heart of the conference business in Southland.

Another, perhaps surprising, move has been into the lucrative space industry. The Awarua Ground Station is just 11 kilometres from Invercargill and is one of only a few satellite tracking stations in the Southern Hemisphere.

It works with a number of major players in the space industry, including the French Space Agency and now New Zealand’s own RocketLab. Satellite tracking requires specialist skills and local businesses are increasingly filling the required roles.

Invercargill has some other solid economic drivers in the form of the Fonterra Edendale plant, which is a big employer and just 20 minutes away, and the fisheries in nearby Bluff. Additionally, the Council has recently committed to the redevelopment of Southland Museum and Art Gallery, the development of a new Art Centre and expanding the local pools complex.

Many of the industries that make up Invercargill’s economy attract employees on short to long term contracts. That means reliably good rental returns have long been a feature of the market. Hazeldine cites yields of easily 8%, but Strang estimates yields to often sit around the 10% to 12% mark and that makes the potential for cash flow a big attraction of investors.

Invercargill investor Nicholas Irons agrees. The fact that it's possible to get good yields is one of the city’s attractions, he says. “For example, if you pay $150k for a place, you would be looking at $250 to $300 per week in rent. It’s not a struggle. I haven’t had a place that has pulled in less than 12% yields. And you can make money from day one if you buy correctly.”

However, following the advent of S.I.T, the rental market has got much tighter. One reason for this is the fact that while S.I.T owns some accommodation, it doesn’t own much and it is short-term. So there has been an increase in the amount of people needing rental properties.

But Dymond says it is also due to more first home buyers entering the market and picking up the type of properties usually bought by investors, as well as new government policies which are leading to quite a few investors shedding their properties.

“This all makes for less rental properties and so a drop in rental stock. There are simply far fewer houses being advertised for rent now. That has led to a tighter market but the demand is heightened. And this has been pushing up rents for the first time in years.”

According to Tenancy Services data, the median market rent for a three bedroom house in Invercargill was $280 over the period from 1 Dec 2017 to 31 May 2018. Meanwhile, Realestate.co.nz has the average rent overall at $247 in April and $310 in May.

Given the Council’s ongoing efforts to increase Invercargill’s population base, the growth in rental income is expected to continue. For Irons, the influx of students to S.I.T plays a significant part in this development.

“The students add a major factor into the rental market mix. S.I.T hasn’t got enough of its own residential property to house its students. So a lot of mum and dad type investors have stepped into that gap. Before S.I.T that wasn’t really done but now there is a strong niche market for student accommodation.”

Many investors, like Irons and Christchurch-based Louis Barreto, see this market as a big opportunity. Irons is developing the city’s biggest boarding house for students, while Barreto is working on plans to develop new, warm and dry units aimed at students.

Another fertile field for investing is in the area of property flipping. Unlike many other markets, Invercargill’s still affordable prices mean plenty of opportunities exist in this area.

Strang says they are seeing a lot of out-of-town investors flipping properties these days. For aspiring investors who are priced out of cities like Auckland it’s a good way to get on to the property ladder, she points out.

“It is a particularly good time to sell out because there are lots of buyers round. And the market is still going up. It’s not slowing down and the outlook going forward is positive. I don’t see it having a massive dip – unless there is a broader economic one.”

In a sign of the times, until very recently Strang used to run a property management service in the city. But she has wound that business up to instead focus on her property staging business which has seen extremely high demand.

As an investor, Irons has always focused on flipping for himself but he is now doing working on flipping projects for other people.  While outside investors help his business, he is starting to struggle to find stock now.

There has been a big drop in listings and competition for properties is now common, he says. “But potential investors should physically come here and have a look before buying. It’s important for them to understand what they are buying. Properties can look really good on paper but are not necessarily so good in reality.”

Given Invercargill’s temperatures are cooler than in most parts of the country, heating and good insulation is a big thing, Irons adds. “Whether you want to rent or sell, it is critical to make sure your properties are warm and dry.”

In fact, when it comes to selecting properties in Invercargill it seems that getting the property right is nearly on a par with getting the suburb right.

Dymond says nice, wooden villas abound but they aren’t the best choice for investors because of the upkeep involved. “Investors should go for low maintenance, brick properties instead. They should look in areas like Windsor and Richmond which have lots of smaller, brick units.”

He adds that if an investor wants to supply student accommodation, they have to go for areas as close as possible to the centre of town. “Because that’s where S.I.T is and students want rentals within walking distance of it.”

Traditionally, the city’s northern suburbs have been more sought after, and seen better capital growth. But that has now changed and the north-south price differences have narrowed substantially.

Irons says people are buying for houses more than for location now, although good school zones remain important. “But Appleby is always great for investors. It’s close to town and has good yields. With rentals, the closer you can get to town now, the better as they appeal to students.”

Hazeldine believes investors can find good houses all over Invercargill, regardless of the suburb. “We have invested in Hargest and Richmond. Both are near good schools and one is near the town centre. But Invercargill offers lots of solid properties that you wouldn't pick up anywhere else for the price. There is nothing very frightful in this market for what you pay.”