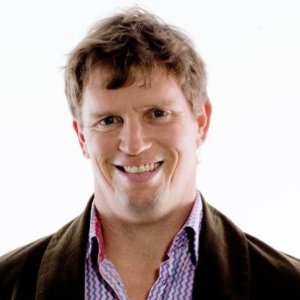 Renters United’s new plan on how to “fix renting” in New Zealand is out of touch with reality and would only exacerbate the rental housing shortage, landlords say.

The tenant lobby group has released a 36-point manifesto which is aimed at “fixing” the country’s “broken” rental laws.

“The Plan to Fix Renting” is divided into four sections - on security of tenure, rental prices, healthy homes and enforcement of tenancy law – and each features a list of requested legislative changes.

These include restricting rent increases to once a year and limiting them to the rate of inflation; enforcing minimum quality standards for rental housing to the level in the He Kainga Oranga Rental Warrant of

Fitness; and allowing tenants to make reasonable modifications to their homes.

Some of the other changes called for are a major revision of the Tenancy Tribunal, increasing sanctions for law-breaking landlords and requiring all property managers to be licensed.

But it is the proposal for tenants to have the right to stay in a rental property until they choose to leave – as long as they pay the rent, don’t damage the place and don’t engage in serious illegal or anti-social behaviour on the property – that has landlords up in arms.

That’s because it means that rental properties with sitting tenants would only be saleable to other landlords willing to purchase with the existing tenant in place indefinitely.

“Personally, I wouldn’t want to buy a property with a lifetime tenant in it and I don’t think it would incentivise many other people to buy rental properties either.”

However, at APIA’s monthly meeting this week, Bruce ran a snap poll asking questions relating to the Renters United proposal.

The first question was “would you consider buying a property with a life time tenancy covenant”.

The second question was “would you buy a property knowing that the tenant could vacate on three weeks’ notice but you wouldn't have the same reciprocal right”.

“Those results surprised me because the percentage saying yes was actually higher than I would have anticipated.

“But there are plenty of landlords out there who have no plans to sell, they plan to hold for the very long term and they view their property as an income stream.”

Despite this, Bruce says the environment for landlords is becoming increasingly difficult and many investors are getting out of residential property already.

“If tenants were to be given lifetime tenure and the scope to sell properties was limited, that trend is likely to increase and the existing shortage of rental properties would end up exacerbated.”

For Wellington Property Investors Association president Richard Bacon, the proposal – along with many in Renters United’s plan – is simply out of touch with reality.

He says in any legal contract there are two sides to the agreement and reciprocal rights are involved because that’s the way tenancy has to work in the real world.

“Renters United’s reality and my reality as a landlord are very different. My reality is that I have rental properties that I want to get a return from the investment on.

“If landlords have to run their properties as a profit making business, rather than an investment they will see a long-term profit from on sale, then rents will inevitably go up.”

He would be happy to grant all of Renters United’s demands if he gets a 10% to 15% return on investment, he adds.

“You can imagine how much that would increase rents! But the reality is that if the rent is not good and the environment is unfriendly to landlords, no-one is going to want to buy rental properties and the shortage will get worse.”

The Government already has a raft of tenant friendly housing policy reforms – including a ban on letting fees and the introduction of “healthy homes” minimum standards – underway.

Consultation on the reform of existing tenancy laws is set to begin shortly and Housing Minister Phil Twyford is encouraging anyone with a view on this to make a submission.