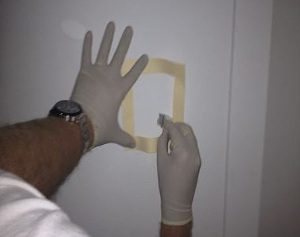 Millions of dollars have been pointlessly wasted on meth decontamination - going by an eye-opening new report which finds no evidence of health risks from third hand exposure in houses.

Landlords have long listed the risks – and potential costs - posed by meth contamination to rental properties as one of their biggest concerns.

But it now seems the risks to properties caused by the smoking of meth have been significantly over-stated and that millions of dollars has been unnecessarily spent on testing and decontaminating.

A new report by the Prime Minister’s Chief Science Advisor Professor Sir Peter Gluckman has found that exposure to meth residue on surfaces in properties is an extremely low, if not negligible, health risk.

It also found that remediation according to the revised 2017 meth standard is appropriate only for identified former meth labs and properties where heavy meth use has been determined.

But where a meth lab is not involved, a much higher testing level should be used to identify areas contaminated from very high levels of smoking, Gluckman says.

“This might justify cleaning for reassurance purposes and would still ensure public safety and reduce significant burden on property owners.”

Minister of Housing Phil Twyford says there is a widely held perception that the presence of even low levels of meth residue in a house poses a health risk to occupants.

As a result, remediation to eliminate contamination has been an extremely costly business for landlords and an upheaval for tenants being evicted at short notice, he says.

“No one is underplaying the social damage caused by meth, but there should be a scientific basis for what are acceptable levels of meth in the current New Zealand context and the remediation of houses should be proportional to the established health risks.”

The new report provides that basis and, along with the 2017 meth standard, it will contribute to any new regulations made under the Residential Tenancies Amendment Bill (No 2), Twyford says.

That Bill will soon to have its second reading in Parliament and the minister expects there will be a public consultation document on meth regulations ready later this year.

NZ Property Investors' Federation executive officer Andrew King says the new report shows that a considerable amount of money is being spent on a problem that doesn't appear to exist.

The current meth guidelines are extremely conservative yet many people are unaware of this and have been unduly led to believe their health is in danger from microscopic levels of meth in homes, he says.

“Sir Peter’s report will go a long way towards educating people and reassuring them that meth levels even as high as 15 micrograms per 100cm2 will not lead to health problems for them and their families.

But the spectre of meth has caused many people a high level of anxiety, disruption and cost for no real benefit to anyone’s health, King says.

"In addition to the high cost meth testing and cleaning rental properties and its effect on rental prices, there is also the time it takes to do all the testing and the time that rental housing is unavailable when it doesn't pose any health risk.

“Landlords and tenants will be greatly relieved to have such a well-respected and independent New Zealand scientist publically dispel many myths about meth.”