Scapegoating property investors is a popular game for politicians these days – yet well over half the MPs in parliament are multiple property owners themselves. 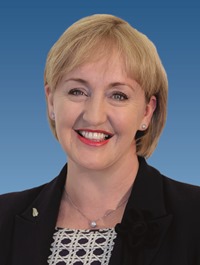 Of the 120 MPs in parliament, 71 own or have interests in two or more properties, according to the 2018 register of MP’s pecuniary interests which has just been released.

This figure is actually down slightly on the last Parliament in which 81 MPs qualified as multiple property owners.

Given the change in government that’s not much of a surprise and nor is the fact that a bit of a split along political lines is also evident.

While more National Party MPs (42) are multiple property owners, 28 Labour Party MPs own, or have interests in, two or more properties.

Five NZ First MPs own, or have interests in, two or more properties while just one Green Party MP – Eugenie Sage – does. Sage owns three properties.

The MPs with the biggest property portfolios are all – bar one – National Party MPs.

The exception is Labour List MP Raymond Huo. He owns just one property outright and that’s his family home. But he is a shareholder of a company which owns nine rental properties.

East Coast MP Anne Tolley owns four residential properties and four shops – although it is unclear whether the shops are individual properties or part of one commercial block.

Of the non-National Party multiple property owning MPs, after Huo it’s NZ First’s Shane Jones, who is Minister of Regional Development, who is at the head of the pack. He owns five residential properties.

It should be noted that assessing the property holdings of six MPs (four from Labour, one from National and one from NZ First) is not straightforward as they have interests in blocks of Maori land.

Read the full Register of Pecuniary and Other Specified Interests of Members of Parliament here.