Confusion around tenant liability for damage looks set to remain if Select Committee amendments to a proposed law change make it through Parliament. 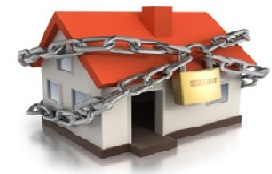 Tenant liability for damage to rental properties has been a fraught issue ever since the Court of Appeal released its controversial Osaki ruling.

The ruling left landlords liable for accidental damage caused by tenants and led the previous government to introduce the Residential Tenancies Amendment Bill (No. 2) into Parliament.

Former Minister of Housing Nick Smith acknowledged the problems caused by the Oskai ruling for landlords and hopes were high the Bill would result in changes of greater benefit to landlords.

But now the Governance and Administration Committee has reported back on the Bill and some of the amendments it proposes may not improve the situation for landlords.

But, assuming the property is insured against damage, a tenant’s liability is limited to either the applicable excess under the insurance or four weeks rent under the tenancy agreement - whichever is lower.

One of the Select Committee’s proposed changes is in the wording around this provision and it could be problematic for landlords.

It suggests that the words “for each incident” should be removed in this provision as it does not consider them necessary.

The Select Committee also proposes including a new sub-section to clarify what landlords and tenants would have to prove if a property was damaged or destroyed during a tenancy.

Under the new-subsection, a landlord would have to prove that any damage is not fair wear and tear and was either intentional or the result of a careless act or omission.

Meanwhile, a tenant would have to prove that any damage was not intentionally done or caused by a careless act or omission.

Another of the Select Committee’s proposed amendments is for landlords to have to provide a written statement, as part of the tenancy agreement, specifying whether the property is insured.

If the property is insured, the statement would have to include the amount of the excess under the insurance; what relevant risks are insured against; and what (if any) acts or omissions by the tenant, would make insurance monies under the policy irrecoverable.

As well as tenant liability for damage, the Bill was intended to addresses the issues of tenancies over rental premises that are unlawful for residential use and meth contamination of rental premises.

When it comes to meth contamination, the Select Committee proposes:

• Replacing references to “meth” with “contaminants” so that other toxic substances like asbestos, fungal toxins, and lead paint are also covered.

• That landlords should have to state what substances they will be testing for if testing for contaminants.

• That landlords have to notify tenants of the results of any testing;

• Changes to bring the treatment of contaminated rental premises into line with other forms of damage when it comes to terminating a tenancy; and

• A provision to allow the Governor-General, by Order in Council, to make regulations relating to substances including the setting of acceptable levels – which take into account any relevant standards.

The Bill will now return to Parliament for its second reading.

If it makes it through the rest of the Parliamentary process, the Select Committee has recommended that it come into force on “the first anniversary of the date of Royal assent” as this will allow more time for regulations to be developed.

The Select Committee’s report on the Residential Tenancies Amendment Bill (No.2) can be read here.

No tenant liability under new rules