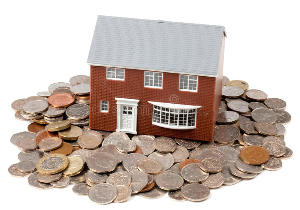 The risks posed by rampant house price growth and high household borrowing have peaked and the scene is now set for a rebalancing, according to global ratings agency Standard & Poors.

This is a major shift for the agency as last September it warned that housing-related downside risks remained elevated.

It also said that the unwind of both house prices and credit growth had some way to run before the risks subsided.

But in its latest report into the banking sector S&P presents an outlook based on a housing market which has cooled and will continue to stabilise as some headwinds abate.

It acknowledges that some of these factors are likely to take some time to take full effect, while some may never be fully achieved.

Mayes says they believe it is unlikely a confluence of these factors will lead to a correction in house prices - all else being equal.

“It is also entirely plausible that stronger house price inflation emerges on the back of lower volumes, as indeed we are seeing to some extent at present.

“However, the absence of stronger credit growth should suggest the risks remain reasonably balanced.”

The swinging factor in S&P’s base expectations is the standing of the Reserve Bank’s existing LVR restrictions, Mayes adds.

“Our expectation is that any further easing of restrictions will likely come only after a protracted period of measured growth in both credit and house prices.

“As such, we do not see further relaxation feeding into a resurgence in housing-related imbalances, although such a scenario remains a downside risk to our base case.”