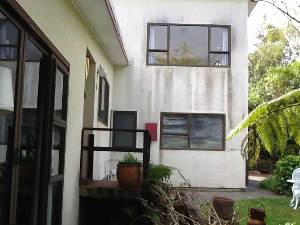 Building materials giant, James Hardie’s, bid to prevent a Wellington class action against the company over defective cladding products has been overturned by the Supreme Court.

The class action group, which numbers over 60 people, claims that leaks in their homes are due to inherent defects in cladding systems manufactured by James Hardie, in particular Harditex and Titan Board.

They also claim that James Hardie made misleading statements about its cladding systems in its technical literature.

Back in 2016, the High Court granted the group leave to proceed with a class action against James Hardie, and one of its subsidiaries Studorp, on the grounds of negligence and breach of the Fair Trading Act.

Since then, James Hardie has appealed to first the Court of Appeal and then the Supreme Court to try and prevent the class action proceeding.

However, the Supreme Court yesterday declined James Hardie leave to appeal – which means the class action can proceed.

Leaky homeowners who are not yet part of the claim have until 30 January 2018 to opt-in to the class action.

The group’s lawyer, Dan Parker of Parker & Associates, says that people wishing to opt-in should move quickly as it will be the last chance for most affected homeowners to pursue any legal action for recovery of their losses.

“We are dealing with a large number of enquiries, many from people who have seen and are responding to the claim for the first time,” he says.

“A number of owners have approached us unaware of any problems with their properties until expert investigations identify issues. They have subsequently joined the claim.

“We will be pushing forward now to deal with owner enquiries and to get as many owners signed on as possible. As it is a self-funded action, the bigger the group is, the lower the costs per owner.”

Thousands of properties were built using Harditex from 1987 until the early 2000s, while Titan Board was widely used from 1995.

This means there are likely to be many more New Zealanders whose properties were affected by the use of these products.

Parker says that owners of monolithic clad buildings constructed since 1987 using Harditex or Titan board should get in touch to find out how to join the claim.

“Experts can be arranged to investigate whether the materials in question have been used and whether damage has resulted.”

That class action is under the auspices of Adina Thorn lawyers, which also recently launched a new leaky home class action against councils.

The property market is heating up again – and that means more competition for good deals – but there are still options out there for keen property investors.