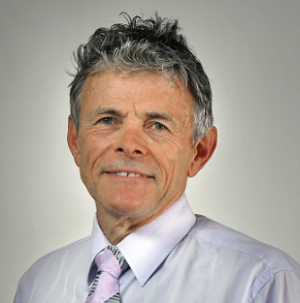 Abolishing “no cause” tenancy terminations, as the Labour Party has proposed, would be a retrograde step which is not necessary to protect tenants, one tenancy expert warns.

The proposed policies include increasing landlord notice periods from 42 to 90 days, abolishing “no-cause’ tenancy terminations, limiting rental increases to once a year, and banning letting fees.

But industry commentators have zeroed in on the plan to remove the 90 day notice to end a tenancy with no cause as the most problematic of the proposals.

Tenancy.co.nz director Scotney Williams said that, from the little that is known about the proposal, it is a retrograde move and not a good idea.

There were no details about what the proposal would mean in practice, he said.

“For example, does it mean that a tenancy could still be ended if there was a breach of the agreement – and what would that have to constitute?”

Williams said examples of this can be found in cases of suspected meth contamination where it is difficult to get hard proof to back up well-founded suspicions and where accusations could make the situation worse.

“As it stands now, a landlord could use a use a 90 day notice ‘no cause’ termination to deal with the situation. But if that is changed, they won’t be able to. They will be stuck with a tenant who is meth contaminating their property.”

Increasing 42 notice periods to 90 days and limiting rent increases to one a year were not proposals that he saw any particular problems with.

Removing the 90 day notice to end a tenancy with no cause would not provide the security of tenure claimed, the NZ Property Investors Federation agreed.

“The current 90 day notice without cause is the only tool available to protect the rights of good tenants and neighbours from the antisocial behaviour, such as loud and long parties, intimidation, aggression and bullying, of other tenants.”

This notice is not used often as it is risky having a disgruntled tenant in your property for up to three months, he said.

“If it is ever used inappropriately, such as to remove a tenant asking for legitimate repairs to be undertaken on the property, then tenants can claim retaliatory action against the landlord and receive $4,000 in damages from them.”

Labour’s rental policies would also lead to increased costs across the rental market.

BNZ chief economist Tony Alexander said the effect of the policies would be to reduce the attractiveness to investors of holding properties for rent.

“Compensation is likely to be sought through higher rents on average.”

For Wellington property manager Grant Foggo, Labour’s proposals would lead to both property owners and tenants losing out.

As an example, he said that getting rid of letting fees would push all of the logistical costs of a tenancy onto landlords and would likely result in increased rents for tenants.

“If Labour’s changes go ahead it’s unfortunate, but inevitable, that some owners will exit the rental market reducing the number of homes available for rent; and rents will rise.”

Labour plans could force out landlords

On 9 September 2017 at 11:04 pm WellyLL said:
All one can advise is terminate your periodic tenancies and re-enter into fresh fixed terms.
On 14 September 2017 at 1:31 pm trevorstewart20 said:
None of the 90 day notice policies mention how a landlord gets possession in order to renovate the property. Under the new OSH rules the landlord is liable for any and all injury and damage on site from repair or building activity on their premises. I have just had to issue a 90 day notice just so I can make a major improvement to my unit. There will also be a higher rent charged on the vastly superior property. Tell me how this is to work under Labour and TOP's proposals?