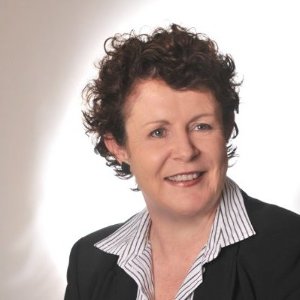 Investors have a critical role to play in resolving Auckland’s housing problems and that means landlord bashing doesn’t help anyone, says the woman behind the Auckland Housing Summit.

A report based on findings from the Summit, which was held early in August, has just been released and a key message is that collaborative action is needed to resolve the city’s housing crisis.

The importance of “a central vision” and engaging all Aucklanders, across all sectors, on the journey to fix the issue is highlighted throughout the report.

Rather it is critical to move past some of the dramatic coverage and extreme messages that are being put around out there, she said.

“Resolving the housing crisis is not as simple as saying get rid of residential property investors – because we actually need investors to provide rental housing.”

Freeman, who is a director of the Goodman Property Trust and a former general manager of Housing New Zealand, said people tend to portray developers and investors as greedy and self-interested.

“But we are all in this together. It is not an ‘us and them’ situation. We need developers and investors to build and provide desperately needed housing.

“Every one of the relevant sector groups has a role to play. And that means investors need to be a key part of the solution to the housing crisis, especially when it comes to rental accommodation.”

Perhaps the key recommendation to come from the Summit was that a new, independent, not-for-profit housing organisation should be established.

Freeman said that while central and local government would be key stakeholders, the organisation would be neutral and driven by solutions rather than politics.

“From establishing a vision and strategic plan, to the delivery of finished houses, this new organisation would include existing industry players, agencies and the broader community.

“It would provide an essential co-ordination role aimed at filling the current gaps and removing the overlaps and inconsistencies.”

Some of the Summit report’s more specific recommendations include:

• Aiming to build 14,000 new houses in Auckland each year;
• Banning foreign buyers from buying existing dwellings;
• Replicating good design on a larger scale;
• Addressing the costs of construction;
• Speeding up the consent process; and
• Provision of assisted financing options.

Freeman said the Summit marked the first step in a collective call to Aucklanders to connect and brainstorm the way forward.

“Now it’s about improving the messages that are put out there and better educating the public about how things work.

“There needs to be better co-ordination of communication and information as well as greater transparency about what is happening and how and what people can do.”

One example of this need can be seen in the polarising dialogue over increasing security of tenure in rental properties, she said.

“The popular perception is that landlords are opposed to this. In reality, many landlords would like to have greater security of tenure too.

“But tenants need to understand that security of tenure goes both ways and has implications for them as well as landlords.”

*The Auckland Housing Summit report – Connecting Minds, Collective Action – can be read here and input and feedback is welcomed.

On 7 September 2017 at 4:37 pm Nozzle said:
As an experienced investor, I support greater security of tenure but, as Leonie Freeman says, tenants must realize it will cut both ways and has implications for them as well as landlords.
On 21 September 2017 at 4:38 pm WellyLL said:
I'm sure some large scale landlords support the idea of long term tenure. But it is smoke and mirrors. It is only tabled to benefit tenants (who get long term tenure but the right of exit at three weeks notice whenever they wish to exit. Therefore the proposed benefit can only but interfere with a landlord's personal property rights frustrating their wish for vacant possession even at 90 days notice. SO really, what do tenants need to understand? is it not all upside for them?