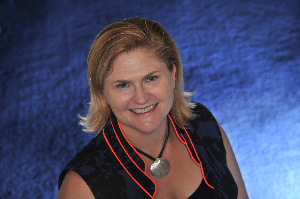 More first-home buyers are turning up to open homes with a representative of “the bank of mum and dad”, says Real Estate Institute chief executive Helen O’Sullivan.

REINZ has released its statistics for January, which show the number of sales in the month was down 4.3% on January last year and 17% below the number recorded in December.

O’Sullivan said: “There are a number of factors in play in the market in January, including seasonal factors and the ongoing impact of restrictions on high loan to value lending.  As a result it is difficult to get an entirely clear steer on the direction of the market this month.

“Volumes are still strong relative to the last five years, but are down 4.3% overall on the same time last year.  The softer volume result continues a pattern that began in November and continued in December; however, market feedback suggests that first-home buyers may be tentatively returning – with some assistance - to certain markets.  This is by no means a consistent message, with views decidedly mixed outside of the main cities.”

She said that was mostly in Auckland. Many agents had seen people bringing their parents to open homes, who were then going to take a stake in the property, rather than just lend the money. O’Sullivan said it could make sense for both parties. “If you know and trust the people and take a chunk and don’t have to pay any outgoings, it could be a nice passive investment if you can afford to sit and wait 15 or so years to get your money back.”

Outside Auckland, first-home buyers were still sitting on their hands a bit, she said, but that could change as banks started to loosen the strings on low-deposit lending as they came to grips with the rules.

She said the decrease in median price from December would be a relief to some commentators. But she said the same pattern of price drop had been seen every January over the past four years, partly because fewer expensive homes were listed. People were less keen to list expensive houses with big marketing campaigns during January, she said.

“Also of interest in the month is the small but steadily increasing number of properties coming to market in Christchurch being sold on an 'as is, where is' basis – that is, damaged and unrepaired.  Prices achieved can range from full value for lightly-damaged properties to land value less demolition costs for severely damaged dwellings. We will be taking a close interest in this trend as it develops.”

REINZ data shows there were 4719 unconditional residential sales in January.

Ten regions recorded an increase in the median price.