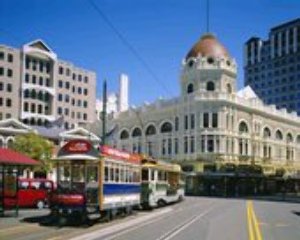 New Zealand is at risk of a house price fall, the OECD says in its latest economic outlook forecast.

Real house prices have risen 88% since the start of 2000, the biggest increase in the OECD.

Relative to rents, prices are 66% above the long-term average.

The OECD said in its report that new loan-to-value restrictions would help but their effectiveness would need to be monitored.

“The largely Australian owned banking system is in good shape, and effectively supervised, but rising house prices could pose risks to financial stability.”

Earlier, New Zealand’s LVR restrictions had been highlighted as an example of macroprudential policy aimed at tempering a housing boom that other countries, such as the US, could follow.

Peter Orszag, chairman of the financial strategy and solutions group at Citigroup, wrote: “Unlike the Fed, which has been sharply criticised for having failed to keep the US housing bubble from expanding, the Reserve Bank of New Zealand is sounding the alarm over rising housing prices and imposing limits on mortgages.”

He said the reason for New Zealand's rising prices was a lack of supply and the restrictions were not likely to have a huge effect on sales.

“Even so, the Reserve Bank of New Zealand deserves credit. As I learned from conversations in Wellington last week, the mortgage limits are controversial. But they seem likely to help head off a crisis or contain the damage should one occur. Think of how much better off the US economy might have been if the Fed had tried that.”

On 21 November 2013 at 11:23 am Lewis said:
it's a very real issue, we're trying to stop house prices increasing... but we need to consider the effect on the economy of negative equity: - people unable to sell their hosues and move - people unable to get better jobs because of their lack of mobility - economy stifled in area's that need influxes of people (i.e. a new plant opens in Timaru, but people can't move out of Hamilton because of their negative equity, so they can't sell their house) This is a dangerous game to play!