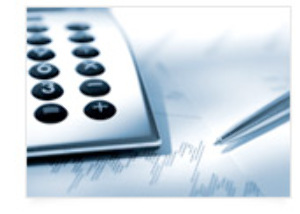 Property investors are in the Inland Revenue Department’s sights – it has been given an extra $6.65 million to make sure they are paying their bills.

The extra funding is expected to generate an additional $45 million a year in tax.

The IRD has been directing more resources towards taxing property investors since 2010. Revenue Minister Peter Dunne estimates about $110 million has been raised.

Janet Xuccoa, a partner at Gilligan Rowe and Associates, said the chance of property investors having their tax affairs looked at by the IRD had increased due to the Budget's cash injection.

“No one should play the fool and avoid their obligations by being selective in the advice they implement. If a battle royale commences with the IRD and the war is lost it costs the taxpayer in question lots of dollars.  Far better to obtain qualified independent advice and be compliant in the first instance.”

Some commentators have been critical of the IRD targeting property investors at the expense of other sectors.

But Xuccoa said there had been a tightening across the board and many sectors had been targeted. “All the IRD is saying is please pay tax and meet your obligations."

She said the IRD would look at a taxpayer’s intentions as well as their history when reviewing their  affairs and transactions.

Jeremy Tauri, of Plus Chartered Accountants, said the IRD would sometimes do that by going back through bank files looking for references to the reasons for a property’s purchase.

Xuccoa said people should not take shortcuts when it came to meeting tax obligations. “If a taxpayer is going to enter into property transactions they need to be wise and put a proper structure in place which deals with satisfying their tax obligations.”