Canterbury’s recovery is making a big difference to the number of building consents recorded nationwide. 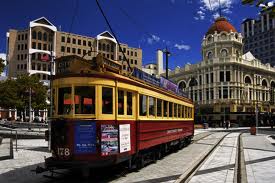 Statistics New Zealand said today that the total value of residential building consents rose 27% to $456 million for June 2012. The value trend has increased 30% since April 2011.

Industry and labour statistics manager Blair Cardno said: "The South Island drove the increase in residential building consents in June. In June, the number of new housing approvals in Canterbury more than doubled from a record low one year ago, and increased by over 90% in the Otago region."

But the majority of consents continued to be outside Christchurch city, in Waimakariri, Selwyn, and Ashburton. The next-largest regional increase was in Wellington, where consents were up by 83, most of which was Wellington city apartments. Otago followed, with an increase of 60.

More land 'not the answer'