Focus on supplement misses the point 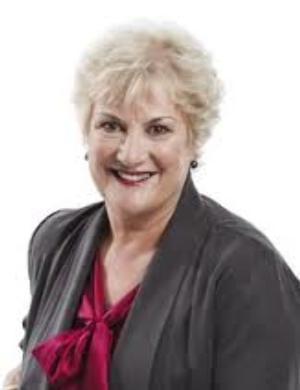 Politicians claiming the accommodation supplement is lining the pockets of landlords seem to have forgotten one key point: There is a massive property shortage in New Zealand, and in Auckland in particular.

House prices  - and rents - are going up because there are not enough houses being built to keep pace with demand.

To suggest that removing the accommodation supplement would cause rents to drop is naïve.

There’s no doubt the supplement is helping some tenants into houses that without it, they could not afford.

But there won’t be a massive decrease in rental demand if it is removed, forcing landlords to drop their rents. The only thing that will happen is that the country’s most vulnerable will find they are priced out of the market.

Caravan parks, like the one Paula Bennett accused this week of being expensive and substandard, will become the only option for low-income families looking for a place to rent.

Labour spokeswoman Annette King wants more, better quality rental properties, which is an admirable aim.  But this is not the way to get it.

House prices will still be out of reach of most low-income earners. Without the accommodation supplement, many rents may be too.

It is fair to say the money spent on social housing and supplements such as the accommodation supplement should be reviewed, to ensure it is being spent wisely. It’s billions of dollars.

But to say that removing the supplement will result in better, cheaper rentals for tenants, is wrong.

The Government needs to be looking at the real issue – the lack of available housing and the massive costs of property ownership. The earthquakes in Christchurch, the leaky building problems in Auckland and our increasing population mean more houses need to be built – and fast.

ACT leader John Banks is right that many property owners are feeling the squeeze of ownership costs – a drop in those would allow them to spend the money needed to improve their rentals to the standard King is calling for.

Freeing up land to build on and making it a much less arduous regulatory process will make housing affordable in a way that tinkering with the accommodation supplement could never hope to.

On 18 July 2012 at 4:33 pm Lee Kammerer said:
More tripe from the landlord hating, ignoramus left. These people are so blinded by pinky liberal ideology they just don't have a clue what is going on in the real world. Very well written article. A big pat on the back for the author.
On 18 July 2012 at 4:55 pm Kerry said:
So if all us landlords gave our tenants notice at the same time - how would the government cope with finding the tenants accommodation?
On 18 July 2012 at 6:24 pm donald wrigley said:
With increases in insurance of 20% and rate increase of may be 30% and tenants unable to stand rent increases where does this leave a landlord? I am thinking of selling up and getting out of rentals.
On 19 July 2012 at 8:35 am Harry Young said:
No surprise that Annette King has no idea about this. She had no idea about how to reduce crime when she was the Minister in the last Labour Government.
On 19 July 2012 at 2:25 pm Peter Hargraves said:
I've just spent over 3 years trying to get a simple, 2 lot subdivision approved through to 224c. This would be the smallest ( 1 lot cut into 2 to create a rear section ) possible subdivision consent. So far Council fees have been $12,000 & they tell me that only a few more inspection fees to be paid & in total with "contributions" almost $50,000 in costs paid to Auckland City. First is that clearly some council officers do everything they can to stall increased densities - even when fully compliant with the district scheme. When work starts - there's a solid progression of Council employees - all correcting each other & charging for the unwanted extra interference. Even when something is finally consented & constructed other Council inspectors will insist that it be changed. Bit hard to do with driveways already laid. If you don't the file goes in the bottom drawer. It's a scandal - just ask my wife!
On 19 July 2012 at 3:48 pm Nithy said:
Tenants - would you consider moving to Australia? Less demand in housing will mean rents will have to come down.