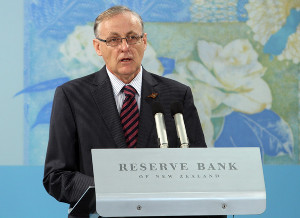 Household debt levels and banks unwillingness to lend will act as a check and prevent a repeat of the house price inflation seen between 2002-2007, according to the Reserve Bank.

In its Financial Stability report the Bank notes that housing market activity has been subdued over the last five years but has recently returned to more normal levels of activity, largely due to lower interest rates.

However, the Bank does not expect to see a repeat of the last house price bubble.

"Even if confidence becomes strong, many homeowners already have significant debt loads that make it more difficult to trade up, and banks may not be willing to expand lending to the sector at fast rates in the current funding environment."

The Report also highlights the role supply restrictions have played in recent price increases, noting that house building has been low for the past four years compared to historical levels - particularly in Auckland.

"Underbuilding relative to estimated population growth is most pronounced in Auckland, where the property market has been robust recently, with prices increasing 5.9% over the past year and sales activity strong," the report said.

"Auckland house prices are back at the peak nominal levels recorded in 2007, which is not true in most other regions. Rents are also increasing relatively rapidly."

Open homes are forbidden and real estate transactions are in hiatus during the lockdown, but that doesn’t mean it’s not possible for investors to find a deal.

Much attention has focused on a commercial property lease clause which could mean commercial tenants don’t have to pay all their rent during lockdown, so the Auckland District Law Society is providing more information about it...