Christchurch rental shortage "crisis for some" 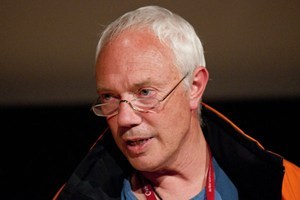 Christchurch Mayor Bob Parker has rejected claims by Earthquake Recovery Minister Gerry Brownlee that the city's rental shortage is not at crisis level.

"This is a problem, I'll accept that, but I don't think it's a crisis," said Brownlee.

However, speaking on the TV3 programme The Nation yesterday Parker said the situation in Christchurch was "a crisis for some people."

"It depends on how you define crisis on an individual level," he said.

"You know I'm not here to justify someone else's words, but I would say on an individual level yes, it'll be a crisis for some people."

The debate about the rental shortage has been heightened in the wake of figures from Trade Me Property which revealed a 40% reduction in the city's rental stock - coming at the same time as landlords' report a 42% rise in enquiries from prospective tenants.

Despite calls for action to resolve the shortage Brownlee said the Government would not intervene.

He said the Government had no intention of regulating rents but would provide new housing stock.

She said the Government had a moral obligation to prevent landlords' hiking rents to take advantage of the shortage.

First National Giera Progressive principal Joe Mullin said he was aware of some private landlords' "really ripping into it" when it came to rent rises, but said the majority of increases were fair.

"Rents have remained pretty static for a number of years ad were due to go up anyway, probably $15-$20 a week more," he said.