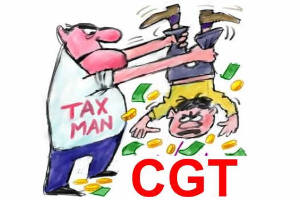 The Reserve Bank does not favour the kind of capital gains tax the Labour Party is proposing, saying it would only distort the property market further.

What is more, the Reserve Bank makes it clear, in its submission to the Productivity Commission’s housing productivity inquiry, that it has "never taken a stance on the general merits or otherwise of capital gains taxes."

Labour Party finance spokesman David Cunliffe has, in press releases and speeches boosting his party's capital gains tax, often claimed the Reserve Bank, along with the Treasury and the OECD, all favour a capital gains tax.

The Reserve Bank not only firmly rebutted this claim in its submission but it also, implicitly, criticises the Labour Party plans in this area.

Labour's scheme would exempt owner-occupied houses and would only be collected when an asset - be it a house or other kind of investment - is sold.

That combination would add more distortions than it would solve, the Reserve Bank says.

There is also no guarantee a capital gains tax would make houses more affordable or prevent the kind of housing bubble New Zealand, along with many other countries, experienced over the mid-part of the last decade.

"Tax regimes can be shown to influence both the level and volatility of house prices. . . especially when supply responses are sluggish. But countries with a variety of tax regimes experienced similar housing booms in the mid to late 2000s.

"Moreover, it is not clear that, in aggregate, housing is more tax favoured in New Zealand than in other countries. For example, householders in the US can deduct owner-occupier interest payments for tax purposes and in most cases face no capital gains tax.

"In addition, relatively high local government rates in New Zealand compared to other countries, act as a tax on property ownership."

It has been suggested an exacerbating factor in New Zealand was the new top personal income tax rate of 39% which Labour introduced in 2000.

However the Reserve Bank's economists believe although this was a factor it was not the main one in the bubble of the last decade.

"At most, we believe it was an exacerbating and amplifying factor. At the time, the underlying regulatory model made new housing supply relatively slow to respond and expectations of persistent future price increases became entrenched for a time.

"We also doubt that loss-offsetting in and of itself, was more than an amplifying factor, because rental yields at the start of the housing boom were high enough (and interest rates relatively low) that large losses were limited."