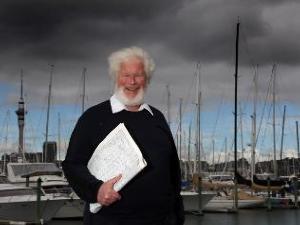 MetService Weather Ambassador Bob McDavitt is among the Wellington landlords left in the cold – and out of pocket - by the unexpected closure of Jericho Residential Property Management.

Property owners received an email from the company on Friday June 10 saying it had ceased trading and that a liquidator was to be appointed to "settle up company finances."

"All I can say is I received an information pack on June 10 saying they'd stopped business. That's all I heard," said McDavitt.

Repeated efforts to contact Jericho director Kane Radovanovich proved unsuccessful and according to the Companies Office website, the company has yet to be wound up.

Quinovic Kent Terrace principal Matt Watson said he had been approached by 10 landlords formerly with Jericho, all saying they were owed money.

"What we've been told by the landlords is that they haven't been receiving rent when there has been a tenant in place and the tenant claims they have been paying rent."

Rent Wellington's Robin McCandless had also been approached by former Jericho clients and said he had been told the same story.

"With the tenants we're working with we've ascertained that they have paid rent to Jericho and its not been forwarded on to the owners."

McCandless said he was unaware of why Jericho had shut down.

One key thing Watson and McCandless said property owners should check about a property management company was whether it kept money in a trust account, separate from their business management account.

"If a trust account is correctly administered even if the company goes bust all the money owing to the owner should be safely in the trust account, therefore the owners shouldn't lose anything," McCandless said.

It is uncertain whether Jericho kept property owners money in a trust account.

Watson said the Quinovic franchise was set up in such a way that the independent head office audited the trust accounts of the 26 branch offices three times a day.

"With an outfit where there's no independent check of the trust account then I think there is a potential there for weakness, there is a missing check," he said.

"If you're an owner of a property you just want to be sure there is some safeguard on the money that is coming to you."

On 7 July 2011 at 9:29 pm Wendy said:
Hi, Kane was our property manager for our two properties. We asked the question if Jericho put the tennants rent money into a trust account as we were concerned that something like this could happen and we would loose our money. He assured us all rents were put in a trust fund and he only drew his fees. That appears now to be untrue. I guess you live and learn.