Wellington landlords out of pocket after company closure 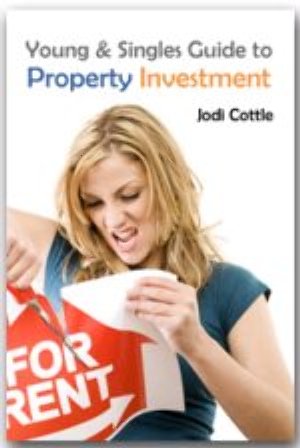 Landlords with Wellington property management firm Jericho Residential Property Management have been left out of pocket after the company unexpectedly shut.

Property owners received an email from the company on Friday saying it had ceased trading and that a liquidator was to be appointed to "settle up company finances."

While efforts to contact Jericho have been unsuccessful, Quinovic Kent Terrace principal Matt Watson said he had been approached by ten landlords formerly with Jericho, all saying they are owed money.

Rent Wellington's Robin McCandless has also been approached by former Jericho clients and said he had been told the same story.

"With the tenants we're working with we've ascertained that they have paid rent to Jericho and its not been forwarded on to the owners."

McCandless said he was unaware of why Jericho has shut down, but that "landlords are out of pocket."

One key thing both Watson and McCandless said property owners should check about a property management company was whether it kept money in a trust account, separate from their business management account.

"If a trust account is correctly administered even if the company goes bust all the money owing to the owner should be safely in the trust account, therefore the owners shouldn't lose anything," McCandless said.

His comments were echoed by Watson, who said the Quinovic franchise was set up in such a way  that the independent head office audited the trust accounts of the 26 offices three times a day.

"With an outfit where there's no independent check of the trust account then I think there is a potential there for weakness, there is a missing check," he said.

"If you're an owner of a property you just want to be sure there is some safeguard on the money that is coming to you."

On 18 June 2011 at 1:01 am Edward Sargisson said:
I am not sorry. Jericho was a bad property manager and deserved to fail. They managed my property for four months last year and caused a large amount of problems with rent and other issues before I was forced to fire them. This included them not being able to account for rent payments until one of the tenants gave me the evidence to force the money out of them. If you're interested, Tenancy Tribunal 10/841/WN has the details.
On 18 June 2011 at 1:02 pm m said:
It is a pity when competition reduces. We had found Quinovic to offer a standard that wasn't great - so which is there to choose?
On 26 June 2011 at 3:05 pm Anonymous said:
We experienced the most dreadful time with Jericho as our property managers and ended up in court several times over supposed rent arrears and lack of property maintainance over 3 years! What goes around comes around and they deserve all they get. We are still awaiting a court decision from their lies and deceit.
On 27 July 2011 at 11:12 am Anonymous said:
This bad style of management would not have happened if Clayton Cosgrove who was the driving force behind changes to the legislation which deregistered Residential Property Managers who chose to be members of the REINZ or the REAA. If the company was aligned with a REINZ company as Property Managers, it was compulsary to run a regularly audited trust account and all monies held in trust was dispersed monthly. There was also a fidelity fund available to owners of such circumstances as mentioned above, plus a disciplinary committee who would listen to the case presented and if proved guilty, the company would be fined and in most cases would be paid out from the fund, and in some cases they had their licence removed. This sort of bad practice does not encourage investors to place their money into the rental market which is already declining and causing a shortage