News > News > The big bank we didn't know about

The big bank we didn't know about

New research shows the Bank of Mum and Dad is a busy little lender which more than competes with some High Street rivals.

This finding comes from a survey by Consumer New Zealand.

It shows the Bank of Mum and Dad has loaned $22.6 billion to its offspring, which put it fifth in size after ANZ, ASB Westpac and BNZ.

It was well ahead of Kiwibank and had five times the lending of TSB.

This information reinforces repeated stories of young couples finding the step-change from renting to home ownership far too steep.

The only way for them to scrape over the mortgage threshold was to get some help from their parents.

Consumer NZ's research found around 210,000 parents offered this assistance to their kids, and their average contribution was $108,000.

Three out of five parents did not expect to be repaid.

“In 2002, the average house price in New Zealand was $186,000, which was six times the average income of $29,432 per year,” said Gemma Rasmussen, head of campaigns and communications at Consumer NZ.

“We’ve reached a point in New Zealand where it’s no longer enough to do all ‘the right things’ to buy your first home – to get a job with a good income, save furiously and cut back on the ‘nice to haves.”

Instead, help from Mum and Dad was necessary for many young people to have any chance of buying a house. But people whose parents could not afford to help missed out and that was increasing New Zealand's social divide.

The survey found 62% of parents dipped into their own savings to help with a home deposit. While one in four had to cut back on other expenses to make this possible, 61% said it did not cause them great hardship.

“Our research found that more than half of New Zealanders who don't own property consider themselves to be ‘locked out’,” Rasmussen said.

“The most common issue cited is that the deposit goalpost keeps shifting. You’re saving, and then overnight the property price jumps up tens of thousands of dollars.” 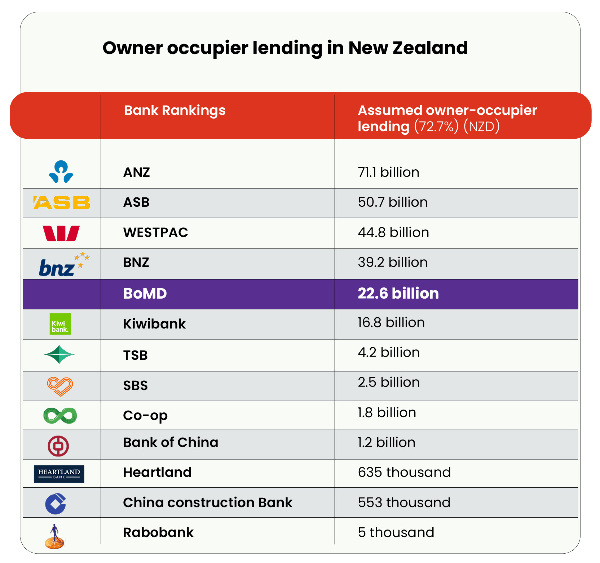