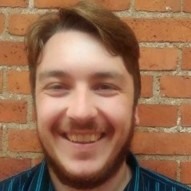 It has been a long six months since the government released its emergency economic stimulus policies in response to the then-impending threat of Covid-19 in mid-March.

While some policies, such as the wage subsidy, received significant ongoing media attention, others were a flash in the pan.

Those too busy to read financial blogs in March may have missed or forgotten an important one for residential landlords.

The low-value asset write-off threshold was increased from $500 to a very generous $5,000. But only until 16 March 2021, so the opportunity to utilise it is halfway gone already.

Assets that endure for several years can’t be claimed in full right away; instead they’re depreciated over their useful life.

But the “de minimis” rules reduce compliance costs by allowing immediate deduction for the cheap stuff, like a ladder or a rubbish bin.

And with the threshold raised to $5,000 a lot of opportunity opens - particularly with the healthy homes deadlines looming.

New minimum standards for heating, and kitchen/bathroom ventilation mean big costs which would been depreciated over many years but can now be claimed in full – as long as they’re under $5,000 including installation costs, and not purchased in a group with other assets where the total spend is over $5,000.

This write-off is not limited to once per entity or once per property. It applies to all low-value assets a business purchases during the year.

If a landlord owns multiple properties and puts a heat pump in each this can be claimed too, as long as they are purchased on different days or from different suppliers. That’s because if all were purchased together they would likely exceed the $5,000 threshold and require capitalisation.

Benefits are even higher for those setting up a new furnished property, where beds, couches, artwork, televisions, washing machines and various other items can all be claimed in full.

However, it’s important to note that the reduction of taxable income should never be the aim of any business. Spending money for the purposes of getting a tax deduction is generally very poor practice.

Income tax takes up to 33% of profits, which leaves the business with at least 67%... Meanwhile, the money a business spends is gone in its entirety!

The increased “de minimis” threshold should be seen as an opportunity to bring future spending forward and take advantage of friendly tax policy during a time of necessary capital expenditures.

The following is a quick summary of where the $5,000 “de minimis” threshold applies:

• Bought between 17 March 2020 and 16 March 2021
• Total cost of under $5,000 including delivery and installation costs
• Available multiple times – applies to each individual asset purchase
• Not purchased on the same day from the same supplier as other items with the same depreciation rate
• A distinct asset has been purchased (ie: excludes materials to add a wall or build a deck)

Great to know ! What if the heat pump, ventilation, installation are all arranged and done by the same company under $5,000 in total and included in 1 invoice for all. Can they still be claimed ?

Response to Ping2020: If under $5,000 in total, yes these are absolutely claimable under the current $5k threshold. If the total invoice were over $5,000 (ie, heat pump $3k and ventilation $4k) the answer would be no because Ventilation and Heat Pumps both have the same depreciation rates (20% DV or 13.5% SL). You would have to capitalise these and depreciate over 7+ years. Buying them from different suppliers or the same supplier on different dates would allow the claim.

Thanks for this tip. I'm considering renovating my rental property bathroom. If I install a shower for less than 5000, is this deductible? Similarly for installation of new kitchen cabinetry?

Thanks for that info. What if the asset exceeds 5k? Can the first 5k be deductible?

Response to Takezo: I'm afraid not. Both showers and kitchen cabinetry are considered part of the house and not assets in their own right. However, if you've owned the rental property for a while these would probably come under fully deductible repairs and maintenance - best to check with your accountant to be sure.

Response to Bulky: Afraid not. If over $5k the asset must be capitalised in full (including installation/delivery costs) and depreciated at the rates acceptable to IRD for that particular asset.