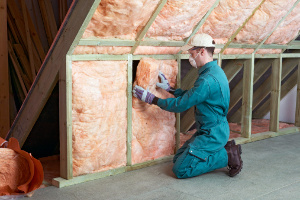 It’s been just over seven months since ceiling and underfloor insulation became compulsory for all rental properties around New Zealand.

However, that insulation requirement was well-known to landlords for years before. That’s because they were due to changes made to the Residential Tenancies Act back in 2016 and were widely publicised.

Despite this, in the lead-up to insulation D-Day on 1 July 2019, there was widespread concern that thousands of rental properties would not meet the new requirements in time.

In the months before, the Ministry of Business, Innovation and Employment (MBIE) estimated that there was between 126,000 and 220,000 rentals which still needed to be properly fitted for insulation.

Supplies of insulation materials began to run out and qualified insulation installers said there was no way they could meet the demand in time for the deadline.

So what does the situation look like half a year down the track? Have landlords largely come on board or are there still vast amounts of uninsulated rental properties?

From 1 July 2019, the work of MBIE’s Tenancy Compliance and Investigation Team has included overseeing the compliance and enforcement of insulation requirements.

Landlords who have failed to comply with the regulations are now committing an unlawful act and liable for a penalty of up to $4,000.

And cases against landlords who have failed to insulate – or insulate on time – are now indeed making their way through the Tenancy Tribunal on a regular basis. We’ve reported on some of them on landlords.co.nz.

But, according to recent research by the NZ Herald, 120 cases relating to insulation failures and/or failure to provide insulation statements have made their way through the Tribunal since 1 July 2019. That has amounted to over $124,000 in fines.

While this does indicate that some landlords have failed to get up with the play, it also suggests that the number of still uninsulated rentals may be somewhat less than expected by some.

NZ Property Investor Federation (NZPIF) executive officer Andrew King says the 120 figure makes a mockery of the claims that there were tens of thousands on rental properties that were not insulated.

“It looks like last year’s estimates were really guess-timates, probably based on the numbers who went through the grants system. But many investors didn’t access the grants and now those estimates just seem wildly inaccurate.”

King emphasises that the NZPIF backs the compulsory insulation requirement and doesn’t have a problem with landlords who fail to meet that requirement being penalised.

Certainly, in the annual Squirrel NZ Residential Property Investment Survey (the results of which can be found in the February issue of NZ Property Investor magazine), insulation requirements did not emerge as a major concern.

Nonetheless, Renters United last week hit the media with claims that the situation was not good enough as landlords might not be honest in their insulation statements and could claim their property was exempt as it wasn’t “reasonably practicable” to install insulation.

According to Renters United, the government should be actively enforcing the insulation requirement and doing insulation compliance checks – rather than leaving it to tenants.

King thinks this is ridiculous. He says such checks are not only impractical, but unnecessary. “Renters United needs to realise that the more the price of providing rental property is pushed up the higher the rents will be and the greater the costs for the tenants.”

Even the MBIE's Housing and Tenancy Services unit spokesperson Steve Watson didn’t support the suggestion and said there were no plans to introduce insulation compliance checks for all rental properties.

He told media that most tenants communicate well with their landlords and that only a small number of landlords don’t want to do the right thing.

So while insulation requirements might still be hitting the headlines it seems to me the takeaway from all of this is that the “expected” crisis of uninsulated rentals hasn’t really eventuated.

Sure, there are still some laggard landlords on the insulation front out there but it’s not an epidemic and the issue is being worked through.

But - in the not-to-distant future the Healthy Home Minimum Standards, which are now law, will have to be complied with. And, both anecdotally and going by the Squirrel Survey, it seems that compliance with these is a much bigger concern for many landlords.

That means, landlords, now is the time to start addressing them. Otherwise, just wait for the headlines on that suite of requirements.