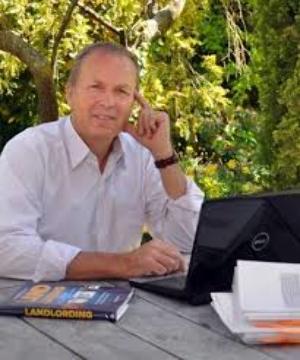 Being a successful landlord is all about managing risk but getting rid of “no cause” 90-day’ notices means risk will skyrocket, argues NZ Property Investor Federation executive member Brian Kerr.

The Government’s proposal to remove the 90 days’ notice option is a bombshell for landlords that will cause many to get out of renting, resulting in a large rental shortage.

A landlord's choice of tenant is the single most important decision they make. If landlords are unable to give “no cause” 90 days’ notices:

• Landlords will become exceptionally cautious in selecting tenants. They will not select first time tenants, or tenants with a colourful renting history or a sad story, as those tenants are a higher risk. That means “riskier” tenants will not get a tenancy.

Further, removing the 90-day notice could also have the resulting economic impact:

• That will lead to a severe shortage of rental and  the rental housing crisis would deepen. There will be an increase in demand for rentals – which means rent increases.

• A massive increase in Government expenditure will be required to house the tenants who couldn’t find private rentals. And there would be a significant decrease in tax revenue.

But it’s not just landlords who will see significant impact from the removal of the “no cause” 90-day notice period. Neighbours and neighbourhoods, tenants and the Tenancy Tribunal will too.

New Zealand neighbourhoods are pepper-potted with residential tenancies. In fact, one out of three homes is a rental, so many mum and dad homeowners living next to a rental can expect problems.

The proposed changes mean it is very likely that most neighbourhoods will be affected at some time by anti-social tenants.

That’s because, under the proposed changes, even the worst anti-social tenant can’t be evicted via a “no cause” 90 days’ notice. This will lead to serious stress, alarm and fear for all their neighbours.

It is the good neighbouring tenants who will leave, which creates ghettos. And even owner occupiers may sell up and leave the neighbourhood.

The government has been piloting “security of tenure” in Housing New Zealand (HNZ) properties but it has not worked for the neighbours of anti-social tenants.

To help see what the future could hold for many neighbourhoods here’s a small selection of reports of the problems caused by anti-social tenants in HNZ properties:

New Plymouth (from STUFF - April 2019): On Saturday a 20-year-old man was shot in the arm in an early morning dispute at an HNZ property in New Plymouth. Neighbours have made multiple complaints about gang related activity, drug dealing, loud parties, problematic behaviour, arguments, intimidation and large numbers of people coming and going from the house to HNZ but say nothing has been done to rectify the situation.

National Party MP Jonathan Young believes there is a direct correlation between the anti-social behaviour and the Government's "no eviction" policy, and good people were being put under considerable stress. Phil Twyford states: "That's why HNZ takes a ‘sustaining tenancies’ approach which involves taking all reasonable steps to support tenants and their families to stay in their homes for as long as they need them. Eviction is a last resort."

Hawkes Bay (from Hawkes Bay Today – February 2019): Threats, intimidation and violence from Mongrel Mob members and their associates has turned a "lovely, quiet" Hastings neighbourhood to "feral", and residents have had enough. Rachelle owns a house next door to a HNZ property in Hastings, which got new tenants about four months ago.  Frequent visits from gang members, smashed cars on the front lawn, noise and violence have now become the new norm for her.

"Our street was a lovely, quiet, safe street," Rachelle said. Rachelle has called and complained to HNZ 12 times since December, and emailed them a couple of times, but feels like she isn't being heard. "I keep getting told to ring the police or noise control because there is nothing HNZ can do.”

Motueka (October 2018): A Motueka resident is questioning HNZ's tenant policy after years of dealing with an abusive neighbour. The Motueka woman, who asked to stay anonymous for fear of retribution, has lived in her social housing property for more than a decade. Along with other neighbours, she's repeatedly rung the police, HNZ and Oranga Tamariki. But after years of reporting the neglect, the abuse and bad behaviour to every agency she can think of, she's all but given up.

Christchurch (from Stuff – 2019): A Christchurch man who believes a HNZ property nearby is a drug house is frustrated no agency will act.  He estimated about 20 to 25 drug deals were happening at the house every day, and one day he noted 39. Complaints about HNZ homes are nothing new, with issues raised about its management of homes, while other neighbours have complained about being driven out by burglaries, assaults and public defecation.

Homeowners from across Christchurch have come forward after Stuff published details of repeated break-ins, brawls and faeces smeared on cars near a HNZ complex in Phillipstown, to report similar problems with tenants in other Government-owned properties. One man claimed a neighbour had raised a running lawnmower to his face and another had dealt drugs from a flat for several years.

Anti-social tenants will terrorise neighbours and people will lose control of their communities. Neighbours will be intimidated not to give evidence for evictions. Young children and families will be traumatised, threatened, assaulted and intimidated, which is unacceptable.

As a result, there will be significant demands on police, Councils and noise control officers.

Removing the landlord's right to give a “no cause” 90-day notice will not help most tenants at all.  It will make things much worse for tenants and many good tenants will end up leaving their homes.

At present, NZPIF research shows that only 1.4% of all tenancies are ended (for anti-social tenant behaviour) by a landlord giving 90 days’ notice.

For marginal tenants, first time tenants, and tenants with poor references, a colourful background, or a sad story it will be much harder, if not impossible, to get a tenancy

The best protection for all tenants is more houses – not less. So why is the Government reducing the supply of private rentals and making it harder for tenants to get a rental?

Impacts for the Tenancy Tribunal:

Right now, to evict an anti-social tenant a private landlord can give 90 days' notice. The Tenancy Tribunal is not involved: it is simple and effective and means no additional costs and time for the Tribunal.

But, if the proposals become law, landlords will have to take an eviction case to the Tribunal. They will have to obtain witnesses to prove the tenant's behaviour.

Witnesses will be seriously intimidated. Because of intimidation, very serious anti-social tenants may not be evicted and intimidation, fear and threats will continue.

With cases that do go to the Tribunal, adjudicators will have to carefully assess landlords’ and tenants’ evidence. These will be long hearings adding to serious delays for tenants and landlords.

Going by recent NZPIF research ,the Tribunal will receive 7,000 or more extra applications for termination – rather than a landlord simply giving a 90-day notice. This could add as many as 3,500 extra sitting days (7,000 x ½ day) to the already-stretched Tribunal.

*This article is reprinted with permission from the website of the NZ Property Investors’ Federation (www.nzpif.org.nz).

On 21 November 2019 at 11:11 am donc said:
We have a block of 6 flats and a legal obligation to provide a safe environment for our tenants so they can have quite enjoyment of their homes. If we strike a difficult tenant, but we can't give them notice, how do we carry out our legal obligations?
On 21 November 2019 at 12:17 pm Higgyfire said:
Yep good on you jacinda, we are giving notice on our properties and selling up, we dont need you telling us how to run our bussiness that is already providing for the needy.
On 21 November 2019 at 3:36 pm Weatherboard said:
My initial thought is that from now on it will be very important to keep tenancy agreements on a fixed term. Before a fixed term agreement is about to expire my intention is to advise the tenant that I wish to enter into another fixed term so that it doesn't role over onto a periodic agreement. Am I correct that under section 60A(2)(b) of the Residential Tenancies Act I can elect to terminate the tenancy at the end of the original fixed term if the tenant refuses to sign up to another fixed term agreement?
On 21 November 2019 at 4:44 pm John Butt said:
It’s too late Landlords in Wellington have already decided to either sell up or not grow their portfolio. Here are some facts from MBIE Active Bonds: http://listings.jonette.co.nz/posts/landlords-selling.html
On 23 November 2019 at 5:12 pm Peter L said:
Weatherboard, no luck with that fixed term option unfortunately. Under the proposals, when a fixed term contract ends the tenant and the tenant alone will decide if they stay (Under a periodic tenancy) or depart. The landlord will have no say in that decision and must accept whatever the tenant decides.