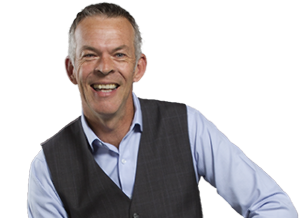 Several banks have cut their servicing rates recently, with more expected to follow, and advisers believe such changes will mean more for borrowers than low rates do.

Historically-low interest rates have been the focus since the Reserve Bank slashed the OCR to 1.0% earlier this month, but the banks’ servicing tests remained tough – limiting access to loans.

Now, that seems to be changing: In the last week, there has been changes in servicing rates from ASB, ANZ and BNZ.

Mortgage Supply Company’s David Windler says that each of these banks’ have reduced their rates from between 0.5% to 0.8%, which is good news for borrowers.

This long overdue easing of credit will lead to increased borrowing capability for all applicants and it also puts the banks’ actual servicing rates more in line with the advertised rates, he says.

“We still have many layers of obligations around not putting people into more debt than they can keep on top of.

“So it is not a change that will put people in a position of vulnerability. It is a reasonable adjustment which is about right, I think.

Windler adds that the slightly looser credit environment along with lower interest rates is likely to mean there will be increased property market activity going forward.

“There’s likely to be more investor activity in particular … Because for people carrying a bit more mortgage debt it could make returns more viable and bring them back into the market.”

For Go2Guys Mortgage Brokers’ Campbell Hastie, this week’s reduction in servicing rates – which he suspects will be followed by more from other banks – are likely to have a bigger impact than the interest rate drops.

That’s because it doesn’t matter how cheap the money on offer is if you can’t get your hands on it and the tighter servicing rates meant it was necessary to jump through hoops to get it, he says.

“These changes make it easier for more borrowers to access some of that cheap money. More people will be able to buy a property. Others will have more scope to buy something just that little bit better.”

Hastie says it’s almost like Adrian Orr has gone to the banks and asked them to open the valve a bit more to get people borrowing and spending.

“This will make the wheels turn and prompt some pick-up in the housing market, although probably not until the new year.”

A big positive of the reduced servicing rates is that every dollar of income now buys a bit more mortgage than before.

“Maybe they can borrow another $30k-$60k more than they could last month from their bank for a house purchase.

“So, for advisers, if a client just missed out from getting the right amount approved in the past 12 months they should reassess that client’s situation and try again.”