News > Opinion > COMMENT: Why the new standards are not the answer

COMMENT: Why the new standards are not the answer

The final version of the Government’s new Healthy Homes minimum standards came out last week. Stop the War on Tenancies spokesman Mike Butler tells us what he thinks about them… 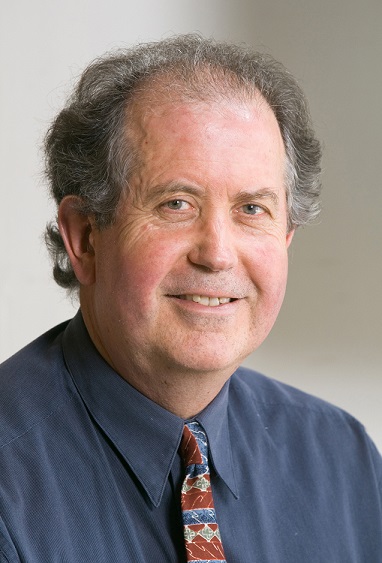 Standards for rental property are necessary. The Residential Tenancies Act includes standards that have existed since the Home Improvement Regulations of 1947.

Since we are now in 2019, there is a case for an update, but any update should be evidence-based.

Ceiling insulation makes sense because as hot air rises, 35% of heat may be lost through an uninsulated ceiling.

The evidence that the Ministry of Business Innovation and Employment has is that the optimum for ceilings is the 1978 standard of R 1.9.

But anything over that has diminishing effectiveness which amounts to a waste of money.

The former government stuck to the 1978 standard of R 1.9 in ceilings in standards that must be met by July 1 this year.

The minister’s new requirement to top-up insulation to meet the 2008 standard of R 2.9 even though there is diminishing effectiveness ignores the evidence and is a waste of money.

This requirement is a kick in the guts for owners who have been insulating for years to the R1.9 standard.

Subfloor insulation also makes little sense because only 10% of heat is lost through the floors and many floors are already insulated by carpet. For this we can blame the former government.

The requirement to provide a “fixed heater” (which is taken as code for a heat pump) makes little sense when all sorts of heaters are readily available from less than $20 and people have been able to keep themselves warm since time immemorial.

Whether a heater is fixed or portable makes no difference to heat output.

A large heater is not necessary because many dwellings are not large, and the area to heat is a living room that may be less than 10 square metres. A big heat pump would be overkill.

The presence of an electric heater does not mean it will be used because electricity is expensive and doubled in price from 2004 to 2014.

The Government, which is a major electricity supplier and of which the minister is a part, says nothing about the high cost of electricity.

Heaters must be able to raise the temperature to 18C, which is described as healthy according to a World Health Organisation recommendation.

But a closer look at WHO documents reveals that “no conclusions could be reached on the average indoor ambient temperature below which the health of the general population may be considered endangered”.

The Minister justified the standards when they were announced in February by saying “6000 children are admitted each year for ‘housing-sensitive hospitalisations”. This is not backed by evidence.

Answers to questions under the Official Information Act revealed that just one of 244,152 children had a condition exacerbated by housing in the 2015/16 year. See https://www.health.govt.nz/nz-health-statistics/health-statistics-and-data-sets/hospital-event-data-and-stats?page=2.

This was lifted from page 41 of A stocktake on New Zealand Housing (2018) which is a Government publication commissioned by the Minister who wrote the foreword.

That assertion was made with no supporting data other than a footnote titled “Risk of rehospitalisation and death for vulnerable New Zealand children”. That paper identifies crowding as the housing factor and said that death was rare. (See https://www.ncbi.nlm.nih.gov/pubmed/28735258).

The standards we now have are designed to combat a claimed prevalence of cold, damp housing in New Zealand.

But only 2.7% of tenants surveyed complained about cold, damp housing, according to a Building Research Association of New Zealand report. See https://www.branz.co.nz/cms_show_download.php?id=606738ff7cb47451e094ad80f39cc912fa18f7a8.

The standards will have limited effectiveness. Insulation top-ups merely ensure that the costs of heating are marginally reduced. A fixed heater does not ensure that it is used. Ventilation by turning on extractors to remove steam from kitchens and bathroom could be achieved by opening a window.

This means that a fully compliant but crowded dwelling would continue to drive high rates of close-contact infectious diseases such as pneumonia, meningococcal disease and tuberculosis.

This evaluation of the new standards is likely to go down like a cup of cold sick for rental property owners.

A rule of thumb for home improvements comes down to costs and benefits and whether an owner-occupier would freely choose to spend the amount required.

For instance, with solar heating, homeowners who know the cost of panels and installation and can calculate how long it would take to get the money back and therefore can make a rational decision on whether to proceed.

Instead, in nanny state fashion, the Minister has set aside rational decision-making for rental property, and taken it upon himself to decide what he thinks is best for tenants and forced owners to comply.

The “healthy homes” requirements all cost money. For rental property owners, this money will have to either come from savings or a loan and be recouped by way of rent increases. Owners have a choice - do the work or sell.

A number of owners I know have had a gutsful and have sold, reducing the supply of rentals at a time that New Zealand is facing a housing crisis.

By driving rental property owners out of the market, the Minister is doing precisely the opposite of what is required to encourage an increase in rental property supply.

The Minister appears to be living in denial that the costs incurred by his standards will increase rents and reduce the supply of rental property without making any difference to the health of those living in crowded dwellings.

*Mike Butler has owned and managed rental properties for 27 years and currently has 60 tenants in 12 buildings.

The best article for a long time. Data I have published supports his claim that owners are selling up, such that at a time when there is increasing demand for rentals, the number of rentals are static, this is most pronounced in Wellington where a real shortage already exists: http://listings.jonette.co.nz/blog/landlords-selling.html

Perfect,an excellent well written article. My tenants have passive vents in their bathrooms plus security stay windows. We have neither in our own home (nor any mechanical ventilation) just an open window in the bathroom, and we use a dehumidifier there as well over the winter months, as I do not want to leave the window open in the winter after my shower when I have left the bathroom as I am terrified a cockroach might slip inside sensing the steam and warmth in the room!!! Neither my tenants' bathrooms nor our bathroom have any mould on the ceilings, not even a spot.

Perfect,an excellent well written article. My tenants have passive vents in their bathrooms plus security stay windows. We have neither in our own home (nor any mechanical ventilation) just an open window in the bathroom, and we use a dehumidifier there as well over the winter months, as I do not want to leave the window open in the winter after my shower when I have left the bathroom as I am terrified a cockroach might slip inside sensing the steam and warmth in the room!!! Neither my tenants' bathrooms nor our bathroom have any mould on the ceilings, not even a spot.